Play Martha for free online. A game with a lot of features and amazing gameplay. 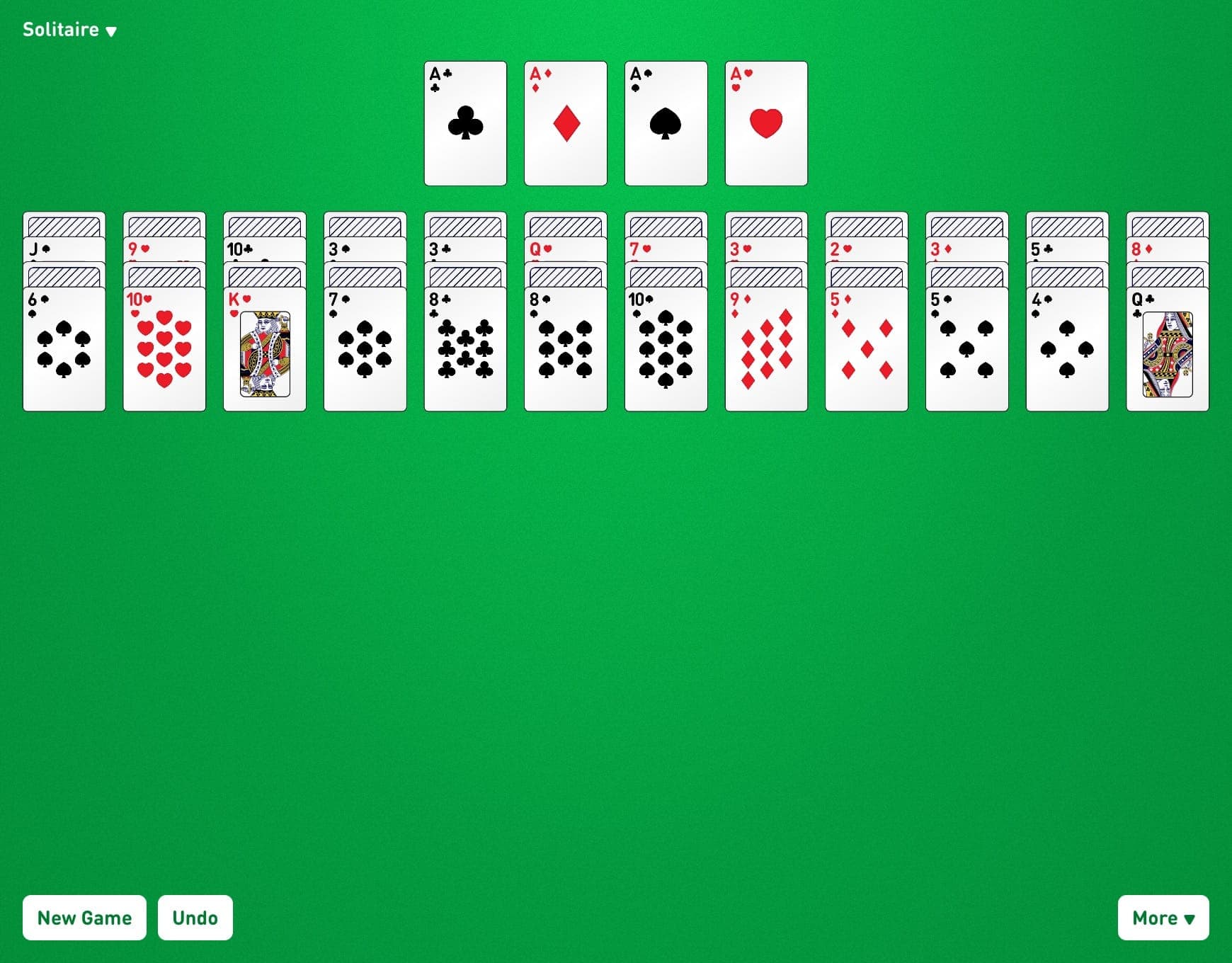 A simple game with no stock in which half of the cards begin face down. Similar to the Baker's Dozen. The game is simple, with a 90% chance of winning. It is played with a single deck, and your odds of victory are mainly determined by chance.

How to play Martha

A card may be added to a foundation pile if it is one higher than the pile's previous top card and is of the same suit. As a result, the only card that might be played on a 5 of spades is a 6 of spades.

Any single card may occupy an empty spot in the tableau, but not a stack of cards. However, if there are enough free spaces that a single card transfer to a space would be conceivable, the game will enable you to move the stack straight.