Double Pyramid is a free online game. A game with a lot of features and amazing gameplay. 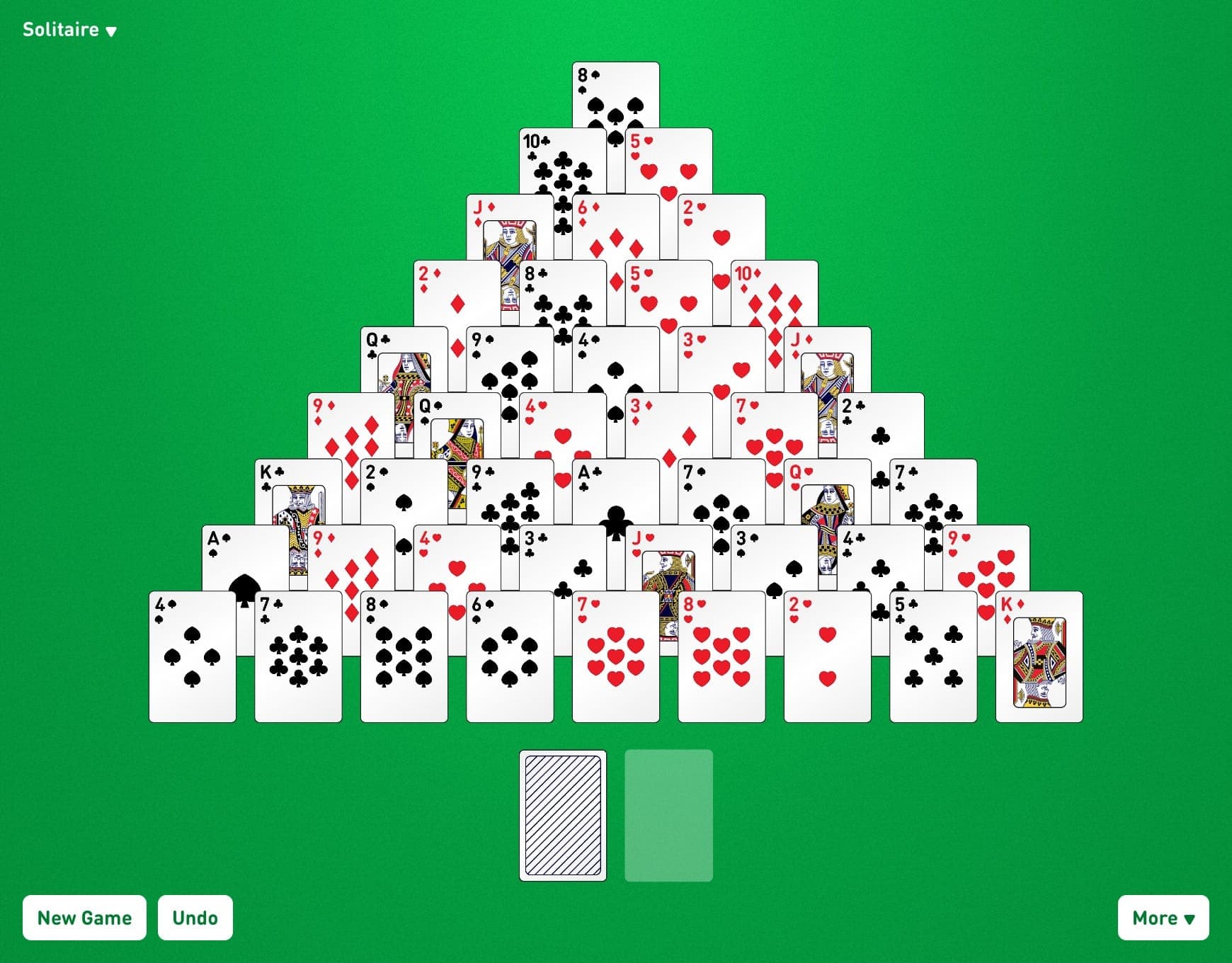 Pyramid's two-deck version by Thomas Warfield. The game is difficult, with a 5% chance of winning. It is played with two decks, and your odds of victory are primarily determined by your skill and luck.

The game is similar to Pyramid and other solitaire games.

How to play Double Pyramid

A 50-card pyramid. Only exposed cards can be used to play. Remove any pairings of cards whose rankings total up to 13. Kings are rejected individually. Drop one card on top of the other to discard a pair, or right-click on one of the cards.

Stock (top left) - click to flip over cards one at a time to the garbage. There are two redeals.

Waste (below stock) - The top card is playable.

On the pyramid, no construction is authorized.

Cards on the pyramid that are not underneath another card are playable.

The pyramid's empty slots may not be filled.

When you click on the stock, one card from the stock is dealt to the garbage. The top card of the stock is face up and ready for matching with cards on the trash or elsewhere if the other card is chosen first. There are three trips through the stock allowed.

The top waste card is now ready for play.