Deuces is a free online card game. A game with a lot of features and amazing gameplay. 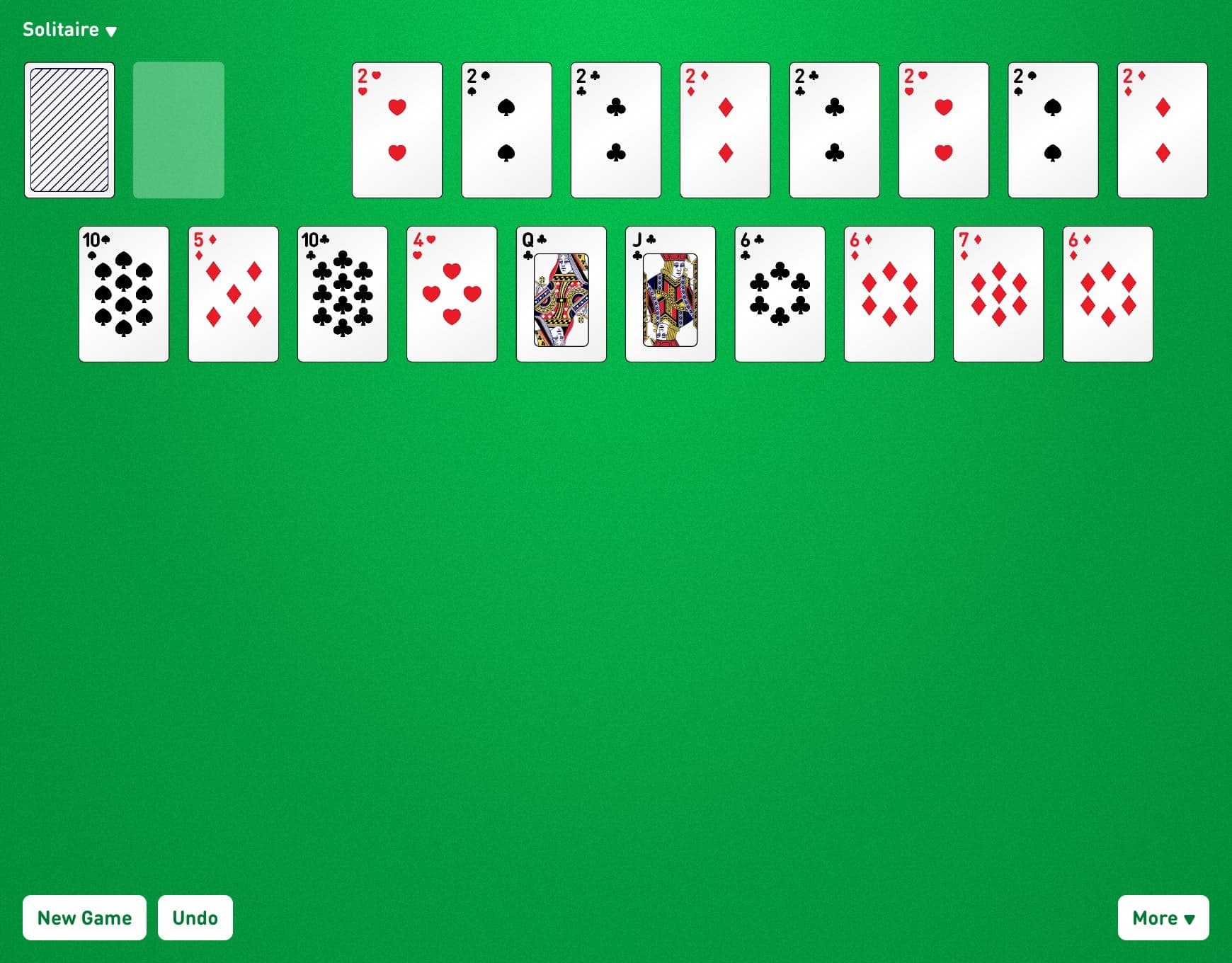 With fewer tableau piles, this is a more challenging version of Busy Aces.

According to Thomas Warfield, this was initially published in 1860 as "Le Deux" in Le Livre Illustre des Patiences, an early collection of games published in Brussels. Warfield has made a number of similar games. The game is medium in difficulty, with a 25% chance of winning. It's played with two decks, and your odds of victory are mainly determined by chance.

Courtyard, Busy Aces, Three's Company, Fours Up, Penta, Eights Down, Cast Out Nines, Dimes, and Jacks in the Box are examples of comparable solitaire games.

How to play Deuces

8 foundation piles (in the centre of the box) - built up in suit from Deuces (twos) to King to Ace. The Twos are dealt here at the start of the game.

Build 10 tableau piles (in a ring around the foundations) in suit. Only the top card is playable. Any card can be used to fill empty piles. At the start of the game, each pile is dealt one card.

Stock (upper left, face down) - click to transfer 1 card to garbage. There are no redeals.

Top card available for play on the foundations or tableau (waste) (below stock).

Each foundation pile is awarded a two at first.

A card may be added to a foundation pile if it is one higher than the pile's previous top card and is of the same suit. As a result, the only card that might be played on a K of diamonds is an A of diamonds. There can be no more than 13 cards in a pile.

Splayed downhill, ten tableau piles of one card each. Every card is dealt face up.

A card may be added to a tableau pile if it is one lower and of the same suit as the original top card of the pile. As a result, the only card that might be played on a 4 of diamonds is a 3 of diamonds.