Whitehorse is a free online game. A game with a lot of features and amazing gameplay. 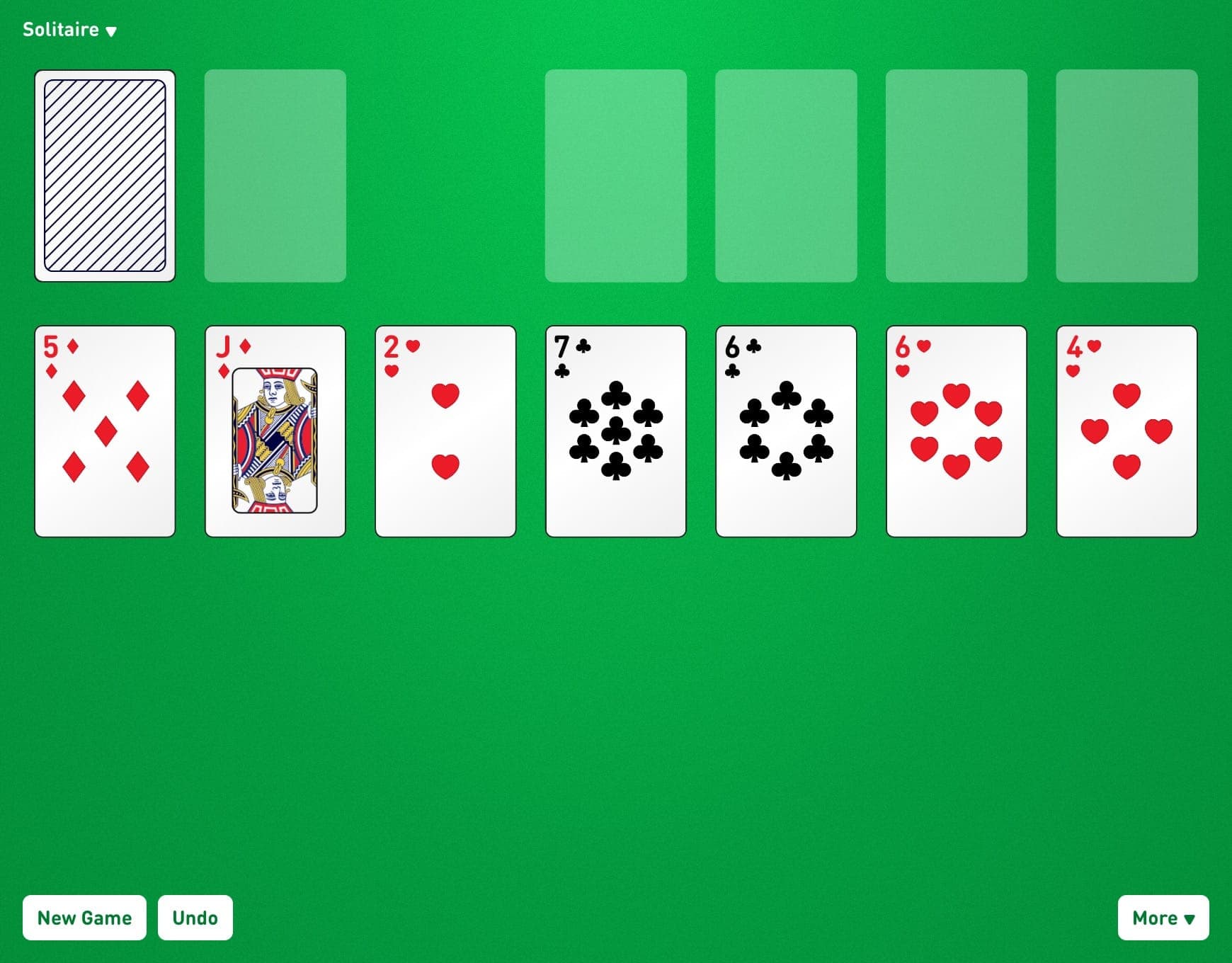 A simple Klondike version in which, instead of dealing a large number of cards to the tableau, we have spaces that autofill. The game is simple, with a 98% chance of winning. It is played with a single deck, and your odds of victory are primarily determined by skill and luck.

The game is comparable to Klondike Solitaire and other solitaire games.

How to play Whitehorse

7 tableau piles (below foundations) - alternate color build down. If groups of cards are in sequence, move them down by alternate color. If the waste is empty, spaces are immediately filled from the stock or from the garbage. At the start of the game, each pile is dealt one card face up.

Stock (upper left, face down) - click to flip over three cards at a time. Redeals are unlimited.

Splayed downhill, seven tableau piles of one card each. The top card in each pile is dealt face up, while the remaining cards are dealt face down.