Pyramid Dozen is a free online game. A game with a lot of features and amazing gameplay. 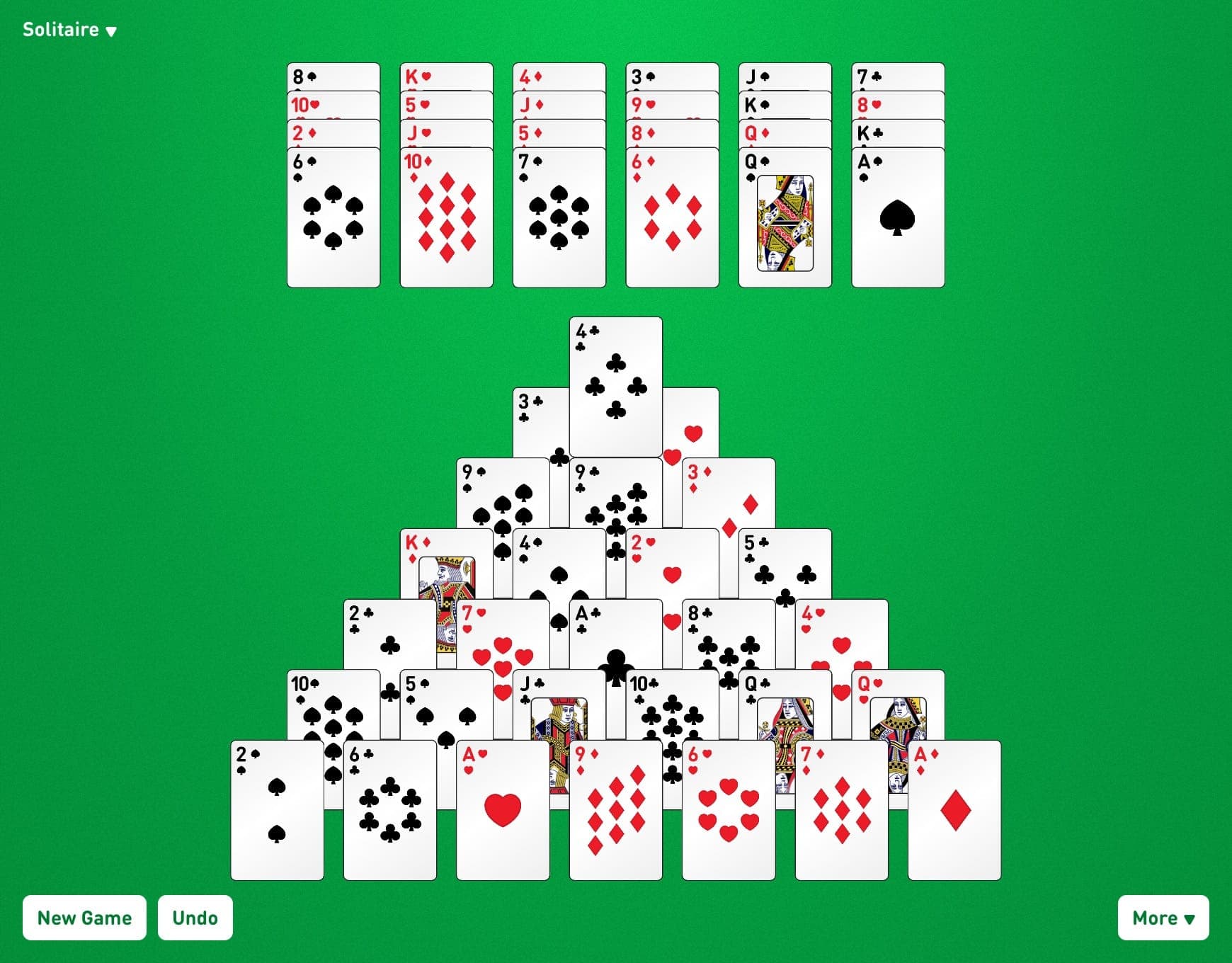 Giza variant in which cards are eliminated in pairs totaling twelve.

How to play Pyramid Dozen

On the pyramid, no construction is authorized.

Cards on the pyramid that are not underneath another card are playable.

The pyramid's empty slots may not be filled.

Splayed downhill, six tableau piles of four cards each. Every card is dealt face up.

On the tableau, no construction is authorized.

Cards on the tableau that are not covered by another card are playable.