Play Moving Left for free online. A game with a lot of features and amazing gameplay. 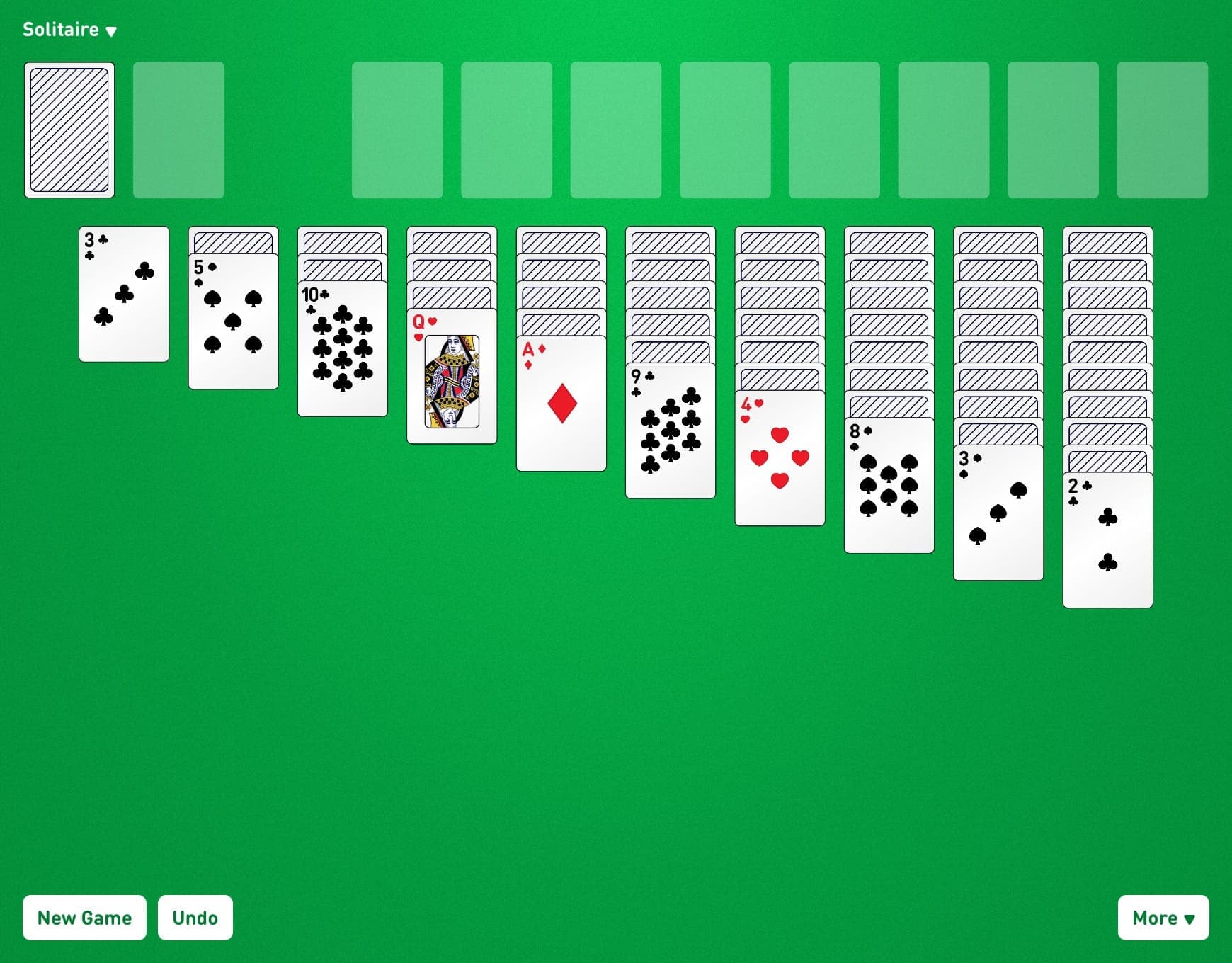 A Gargantua or Double Klondike version in which vacant spaces are immediately filled from the adjacent column. Tarbart characterized the game as "Triangle" in a book published in 1905. The version presented here is a significantly modified version created by Thomas Warfield. The game is difficult, with a 15% chance of winning. It is played with two decks, and your odds of victory are primarily determined by your talent.

If you enjoy Moving Left, you should play Spider Solitaire, a traditional solitaire card game.

How to play Moving Left

10 tableau piles (below foundations) - alternate color construction. If groups of cards are in sequence, move them down by alternate color. The face up card or group of cards in the pile directly to the right of the available slot fills the gap automatically. If the rightmost pile is empty, it may contain a King or a valid set of cards lead by a King. At the beginning of the game, one card is dealt to the first pile, two cards to the second pile, and so on. The top card is shown.

Stock (upper left, face down) - click to flip over cards one at a time to the garbage. There are no redeals.

A card may be added to a foundation pile if it is one higher than the pile's previous top card and is of the same suit. As a result, the only card that might be played on a Q of spades is a K of spades. There can be no more than 13 cards in a pile.

A card may be added to a tableau pile if it is one lower than the pile's previous top card and is of the opposing color. As a result, the cards that may be played on the 9 of clubs would be the 8 of hearts or the 8 of diamonds.