Play King Albert for free online. A game with a lot of features and amazing gameplay. 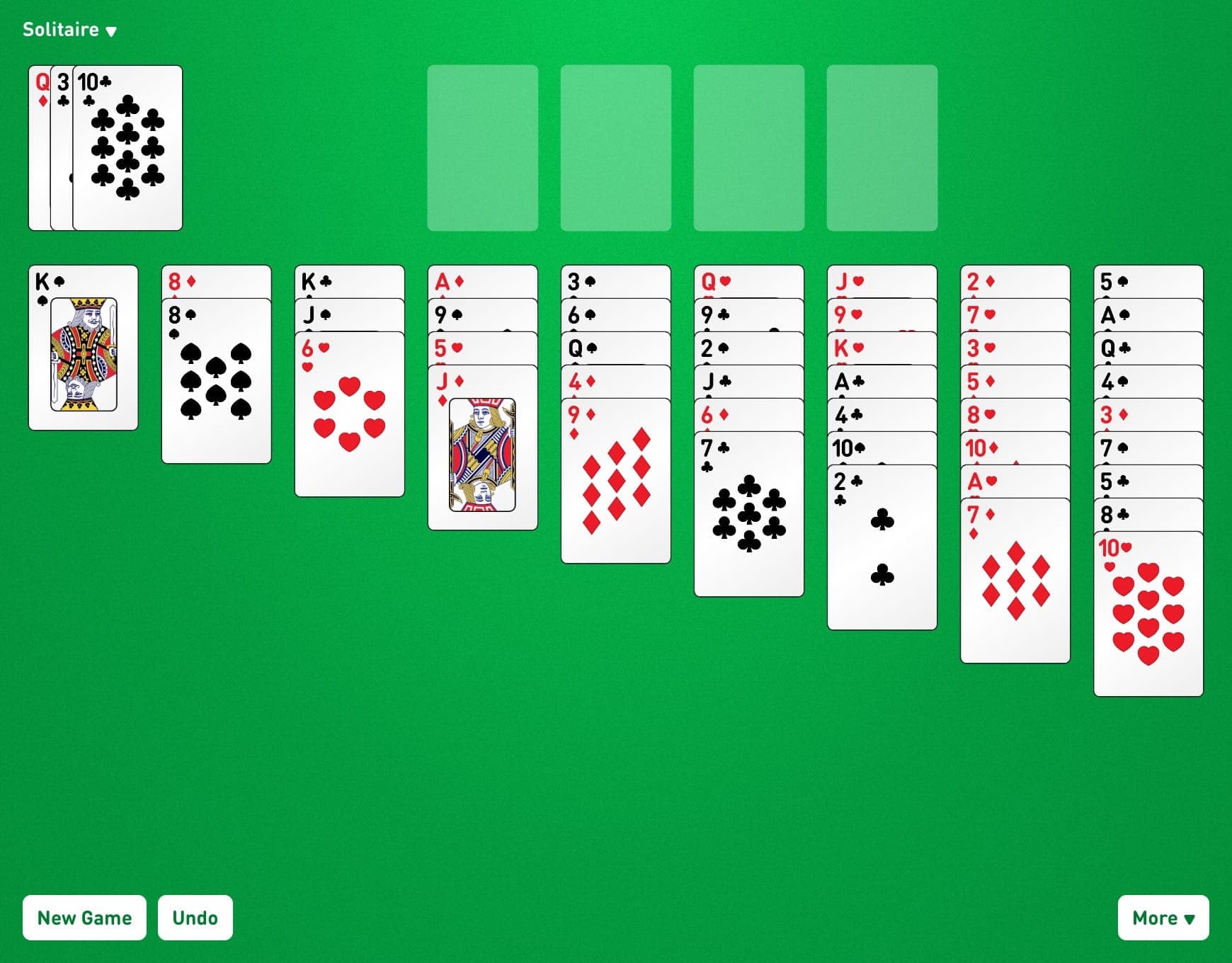 This game, one of several known as "Idiot's Delight," contains a triangular tableau and seven playable reserve cards. It is almost always unsolvable.

The game takes its name from a Belgian king.

The game is difficult, with a 10% chance of winning. It is played with a single deck, and your odds of victory are primarily determined by your talent.

How to play King Albert

4 foundation piles (across the top) - build up from Ace to King in suit.

9 tableau piles (below foundations) - alternate color construction. Each pile's top card may only be moved. Any available card may be used to fill any open space. To begin the game, one card is dealt face up to the first pile, two cards to the second pile, and so on.

7 reserve cards (across the bottom) - each card can be played on the foundations or the tableau. At the start of the game, each pile is dealt one card.

A card may be added to a foundation pile if it is one higher than the pile's previous top card and is of the same suit. As a result, the only card that might be played on a 5 of clubs is a 6 of clubs.

The remaining cards are arranged in a single reserve pile.

All cards in the reserve can be played to the tableau or foundation.

There are nine tableau piles, with one card in the first pile, two cards in the second, three cards in the third, and so on. Every card is dealt face up.

A card may be added to a tableau pile if it is one lower than the pile's previous top card and is of the opposing color. As a result, the cards that may be played on the 4 of spades would be three of hearts or three of diamonds.