Intelligence is a free online game. A game with a lot of features and amazing gameplay. 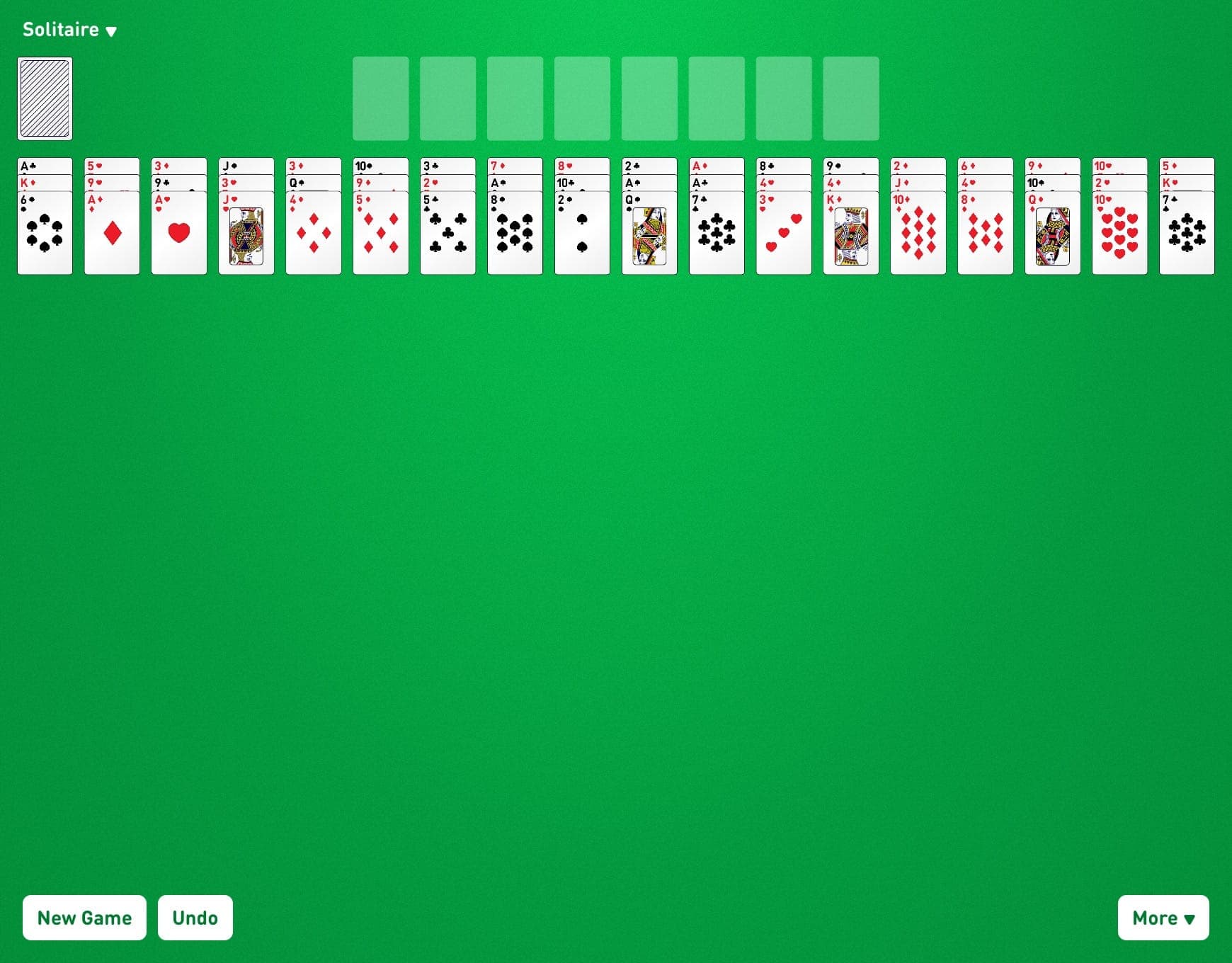 La Belle Lucie has two decks. The game is medium in difficulty, with a 50% chance of winning. It is played with two decks, and your odds of victory are primarily determined by your talent.

Other solitaire games including La Belle Lucie, House on the Hill, House in the Wood, and Buffalo Bill are similar to this one.

If you enjoy Intelligence, you should play Spider Solitaire, a traditional solitaire card game.

How to play Intelligence

Build up or down by suit with 18 fans (below foundations). Only one card may be transferred to a foundation or another fan at a time. Spaces are immediately filled with three cards from the stock. At the start of the game, each pile is given three cards face up. Any Aces discovered during the deal are instantly transferred to the foundations and replaced with another card.

Stock (face down) - immediately fills fans with three cards. Click on the stock in the top left corner to redeal (the stock may or may not have cards in it). The supporters' cards are all reshuffled. The foundations are still there. Any Aces seen, as in the initial deal, are instantly transferred to the foundations and replaced with another card. There are two redeals.

A card may be added to a foundation pile if it is one higher than the pile's previous top card and is of the same suit. As a result, the only card that could be played on an 8 of clubs is a 9 of clubs. There can be no more than 13 cards in a pile.

Splayed downward tableau piles of three cards each. Every card is dealt face up.

A card may be added to a tableau pile if it is one higher or one lower than the pile's previous top card and is of the same suit. As a result, the cards that might be played on the 4 of spades are 3 of spades or 5 of spades.

Cards cannot be withdrawn from the stock manually.