FreeCell Three Deck is a free online card game. A game with a lot of features and amazing gameplay. 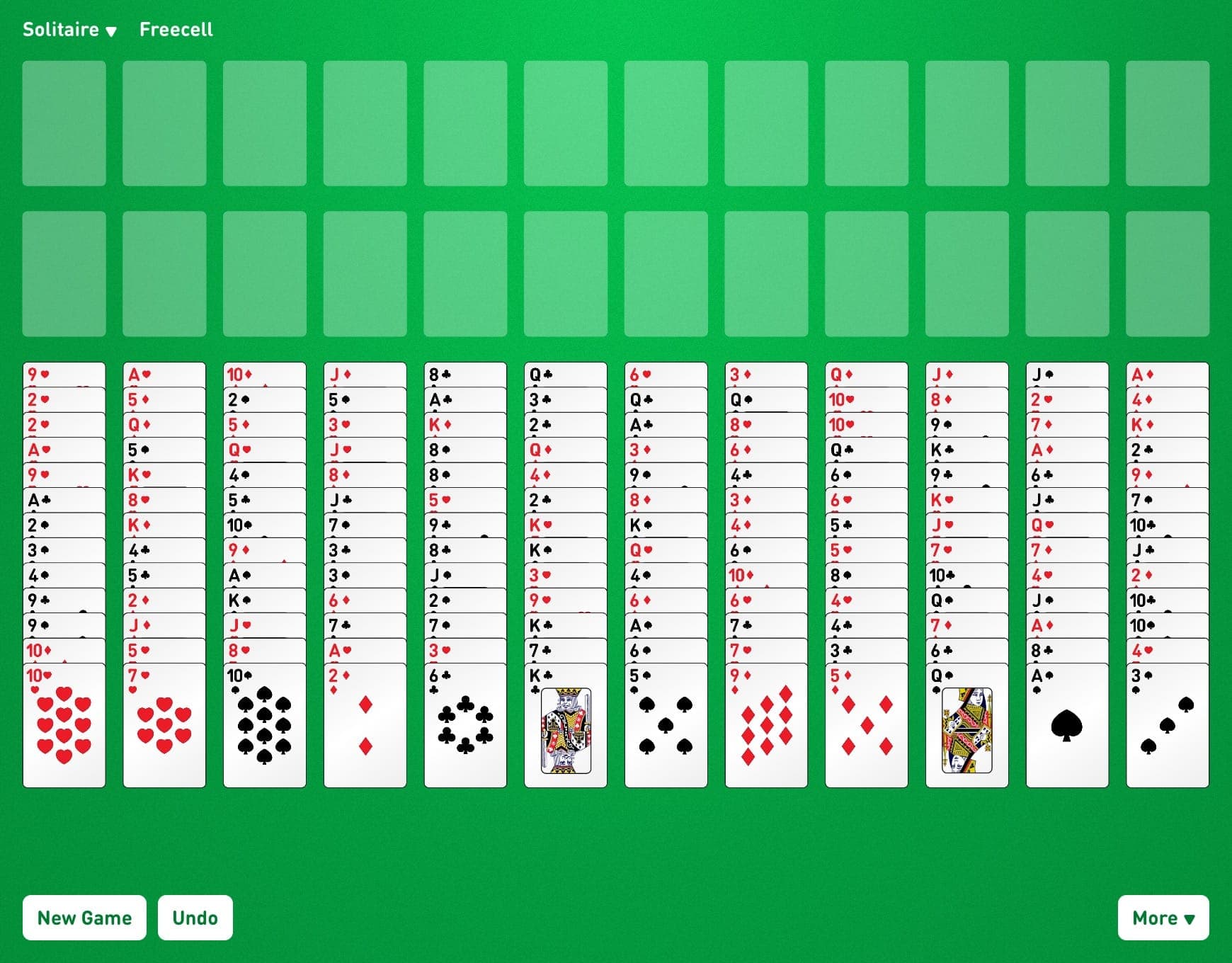 If you enjoy FreeCell Three Deck, you should play Spider Solitaire, a traditional solitaire card game.

How to play FreeCell Three Deck

A card may be added to a foundation pile if it is one higher than the pile's previous top card and is of the same suit. As a result, the only card that might be played on a 4 of spades is a 5 of spades. There can be no more than 13 cards in a pile.

Twelve cells, all of which are originally vacant

Splayed downhill, twelve tableau piles of thirteen cards each. Every card is dealt face up.

A card may be added to a tableau pile if it is one lower than the pile's previous top card and is of the opposing color. As a result, the cards that may be played on the 6 of hearts are the 5 of spades or the 5 of clubs.