FreeCell Four Deck is a free online card game. A game with a lot of features and amazing gameplay. 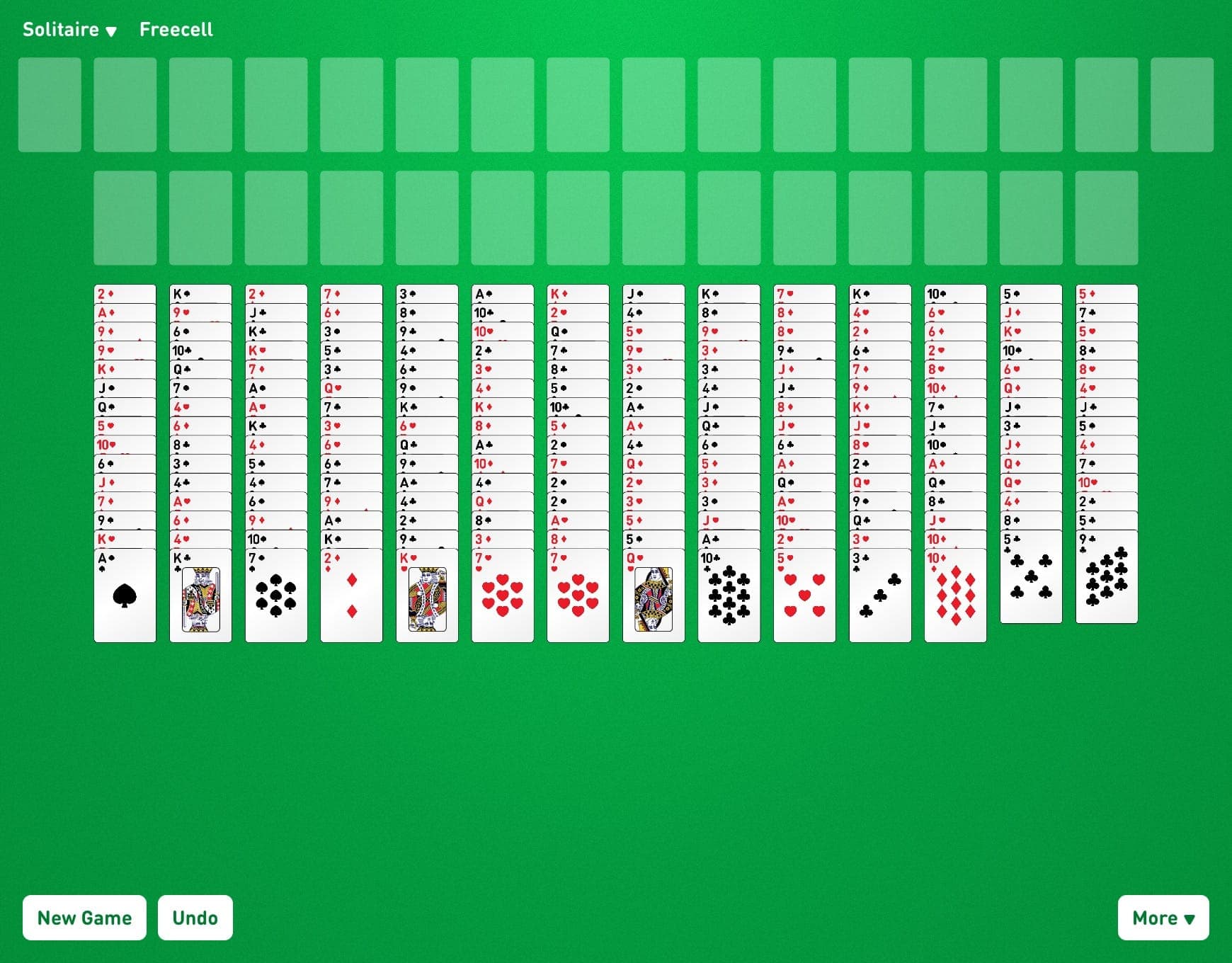 A four-deck variant of FreeCell for people who enjoy devoting a significant amount of effort to solving a single deal.

If you enjoy FreeCell Four Deck, you should play Klondike Solitaire, a traditional solitaire card game.

How to play FreeCell Four Deck

A card may be added to a foundation pile if it is one higher than the pile's previous top card and is of the same suit. As a result, the only card that might be played on a 4 of spades is a 5 of spades. There can be no more than 13 cards in a pile.

Fourteen cells, all of which are originally vacant