Eight Off Solitaire: Play Online for Free (No Signup Required)

Free online game Eight Off. A game with a lot of features and amazing gameplay. 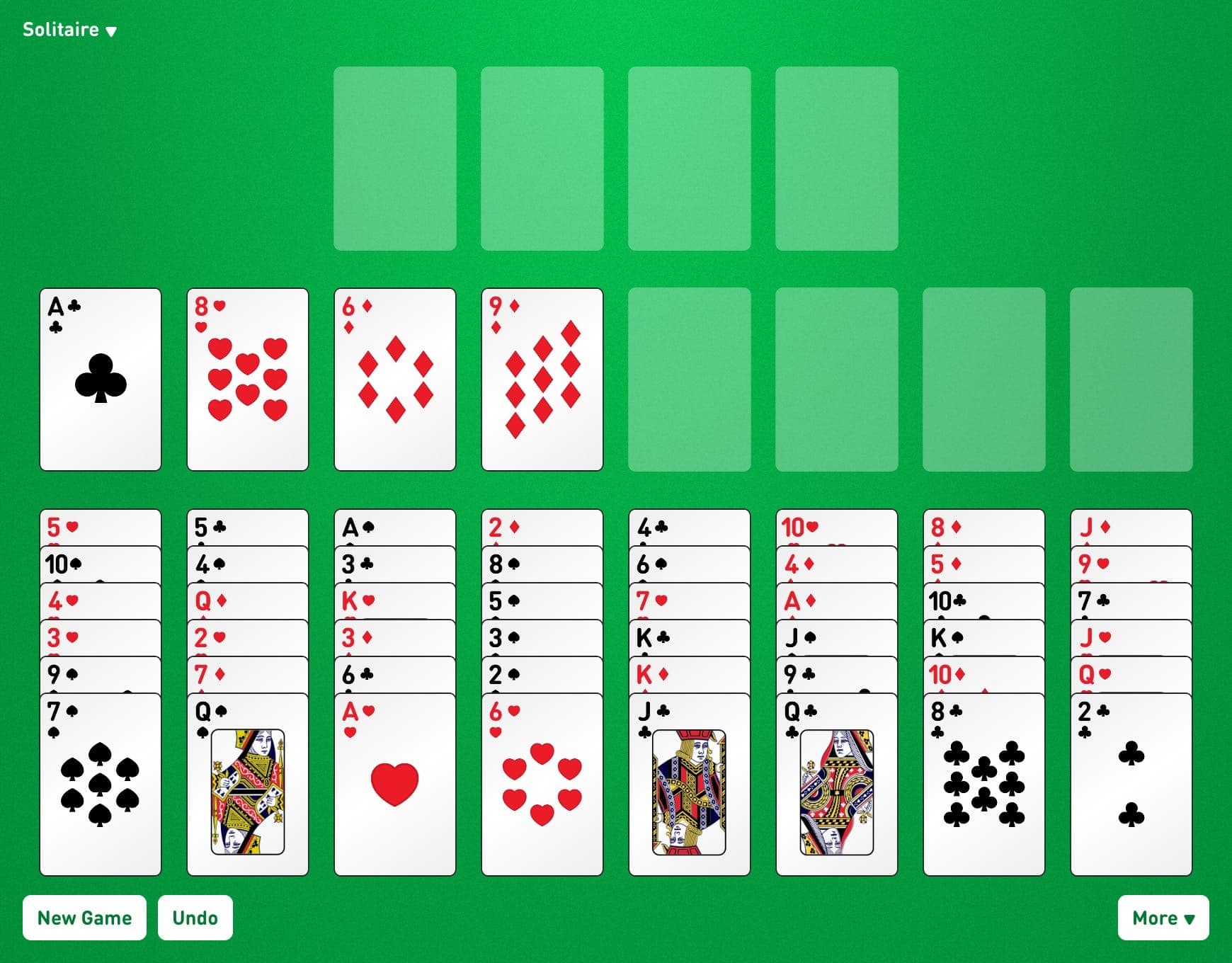 A FreeCell variant with additional cells, but only in the same suit, and empty tableau columns can only be filled by kings. The game is quite simple, with a 95% chance of winning. It is played with a single deck, and your odds of victory are primarily determined by your talent.

Other solitaire games comparable to Eight On include Baker's Game, FreeCell Solitaire, ForeCell, Sea Towers, and Double Eight Off.

How to play Eight Off

8 cells (bottom) - card storage places Each cell can only have one card. The card can be played on the foundations or the tableau. At the start of the game, one card is dealt to each of the four cells on the left.

There are 8 tableau piles (above cells). Build down in your suit. The top card can be used on the foundations, cells, or any other tableau pile. Move groupings of cards if they are in suit sequence and there are enough open cells for the cards to be moved separately. Fill in the blanks with Kings or a group of cards led by a King. At the start of the game, each pile is dealt 6 cards face up.

A card may be added to a foundation pile if it is one higher than the pile's previous top card and is of the same suit. As a result, the only card that might be played on a 6 of diamonds is a 7 of diamonds.

Eight cells, four of which hold one card at first.

A card may be added to a tableau pile if it is one lower and of the same suit as the original top card of the pile. As a result, the only card that might be played on a 5 of diamonds is a 4 of diamonds.

Technically, only one card may be moved at a time, but since supermoves are allowed, politaire will allow you to move sequences when there are enough vacant cells to achieve the same result with a single card move.