Double Trigon is a free online game. A game with a lot of features and amazing gameplay. 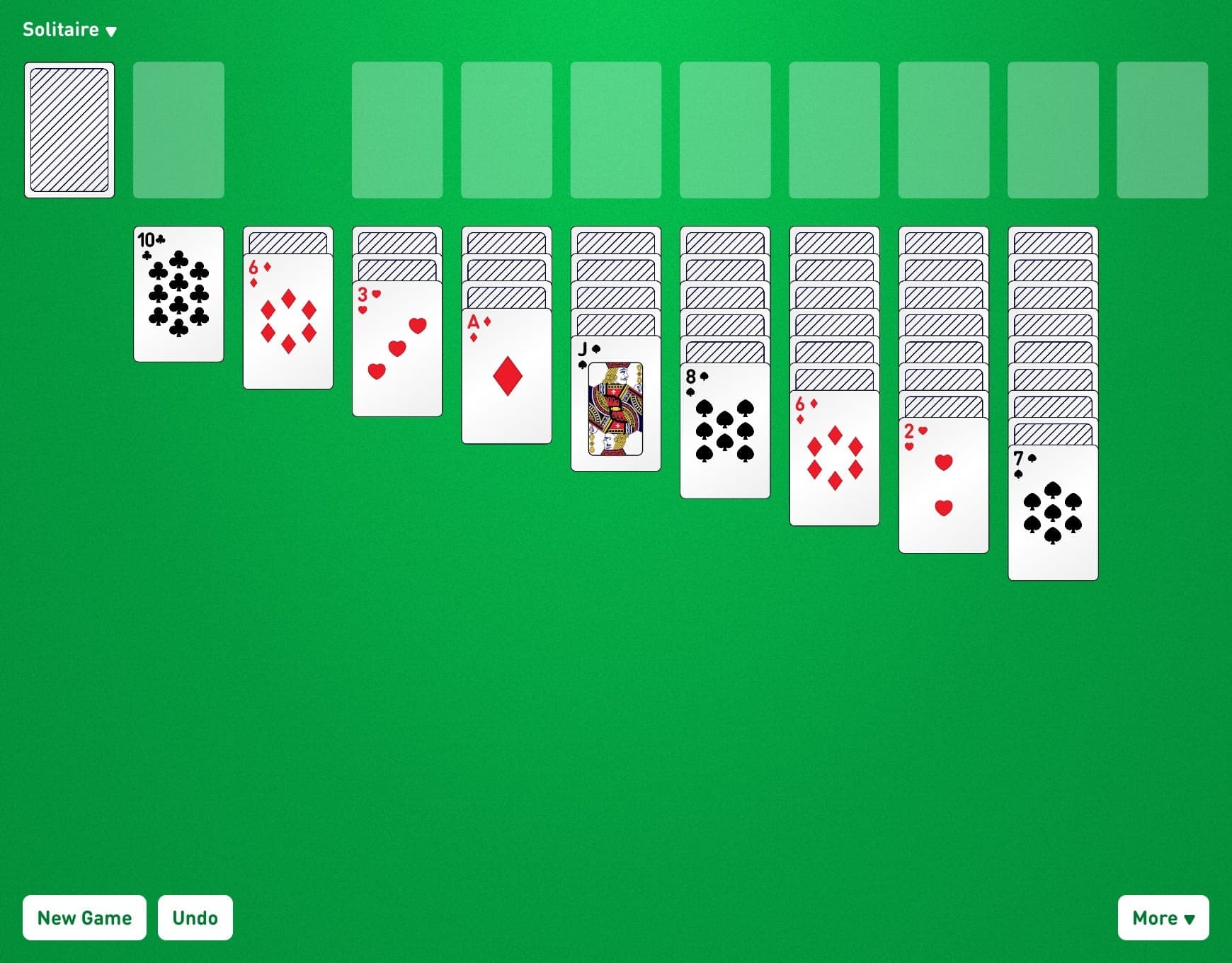 A two-deck variant of Trigon, or even a Double Klondike version with construction in suit. It all depends on how you look at it. This is a more strategic game than one-deck Trigon since each tableau card may be played with two distinct cards, giving you some options. The game is simple, with an 80% chance of winning. It is played with two decks, and your odds of victory are primarily determined by your skill and luck.

Other solitaire games comparable to this one include Trigon, Double Klondike, Three Bears, and Quadruple [Trigon](/trigon-solitaire).

How to play Double Trigon

9 tableau piles (below foundations) - built down in suit. If groupings of cards are in sequence, move them down in suit. Fill in the blanks with Kings or a lawful set of cards led by a King. At the beginning of the game, one card is dealt to the first pile, two cards to the second pile, and so on. The top card is shown.

Stock (bottom left, face down) - click to turn over 1 card at a time to the garbage. Redeals are unlimited.

A card may be added to a foundation pile if it is one higher than the pile's previous top card and is of the same suit. As a result, the only card that might be played on a Q of clubs is a K of clubs. There can be no more than 13 cards in a pile.

There are nine tableau piles, with one card in the first pile, two cards in the second, three cards in the third, and so on. The top card in each pile is dealt face up, while the remaining cards are dealt face down.

A card may be added to a tableau pile if it is one lower and of the same suit as the original top card of the pile. As a result, the only card that might be played on a Q of clubs is a J of clubs.