Carousel is a free online game. A game with a lot of features and amazing gameplay. 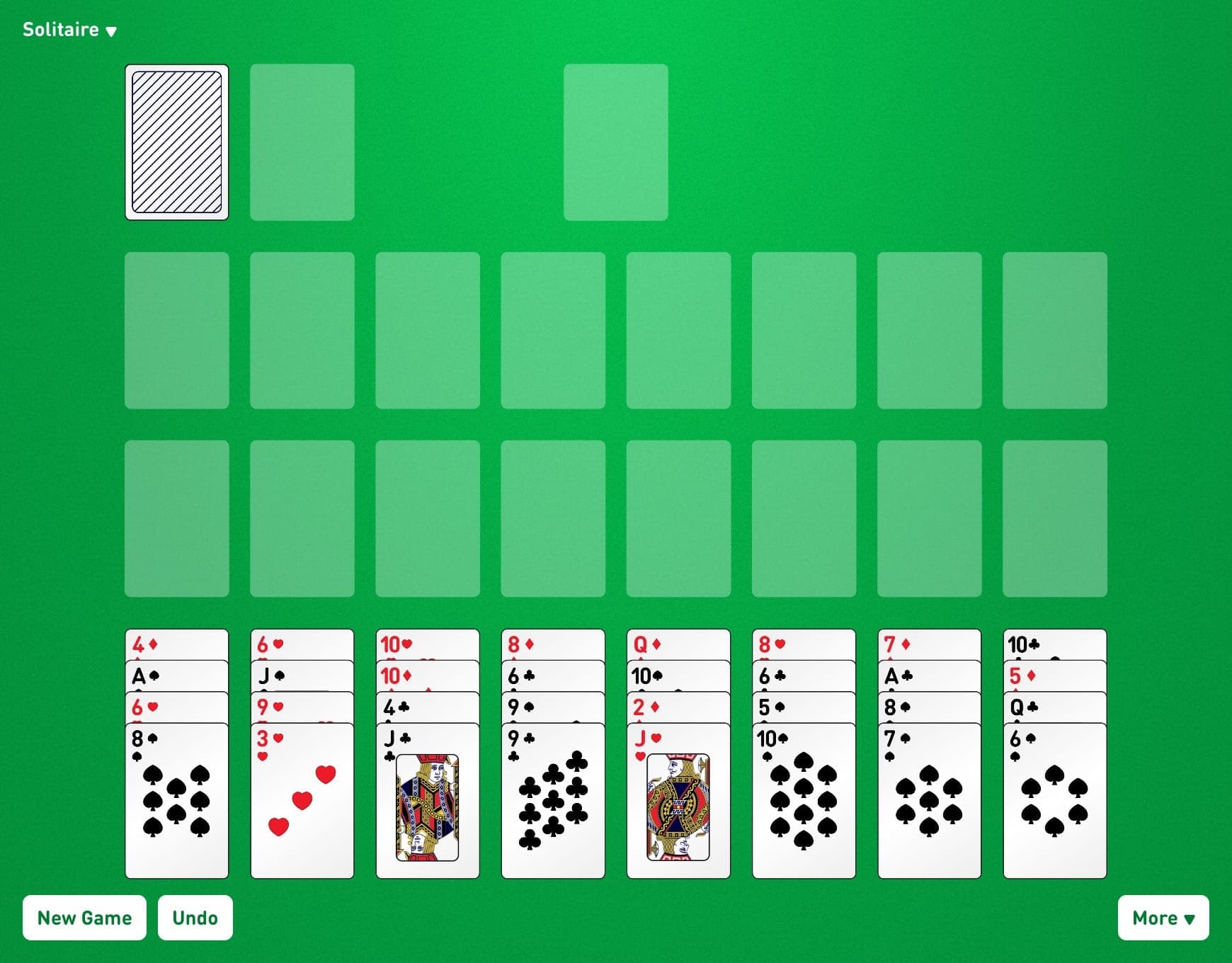 A two-deck game with distinct foundations for aces, odds, and evens. The game is medium in difficulty, with a 65% chance of winning. It is played with two decks, and your odds of victory are primarily determined by your skill and luck.

Other solitaire games like Great Wheel, Greater Wheel, and Mount Olympus are comparable to this one.

How to play Carousel

Evens foundations (top) - start with Twos and work your way up in suit by twos. (Two, four, six, eight, ten, and queen.)

Odds foundations (under Evens) - start with Threes and work your way up in suit by twos. (There are no Kings Three, Five, Seven, Nine, Jack

Stock (bottom left, face down) - Click to turn over 1 card to the garbage. There are no redeals.

Waste (low supply) - the top card is accessible for use on the foundations.

The ace foundation has one pile, and any ace can be played to it in an alternate color sequence.

The odds foundation has eight piles, and any three of them can be relocated to any vacant pile in the odds foundation. A card may be added to an odds foundation pile if it is two higher and of the same suit as the original top card of the pile. As a result, the only card that might be played on an A of diamonds is a 3 of diamonds. There may be no more than 5 cards in any pile.

Splayed downhill, eight tableau piles of four cards each. Every card is dealt face up.

A card may be added to a tableau pile if it is one lower and of the same suit as the original top card of the pile. As a result, the only card that could be played on an 8 of diamonds is a 7 of diamonds.