Mount Olympus is a free online game. A game with a lot of features and amazing gameplay. 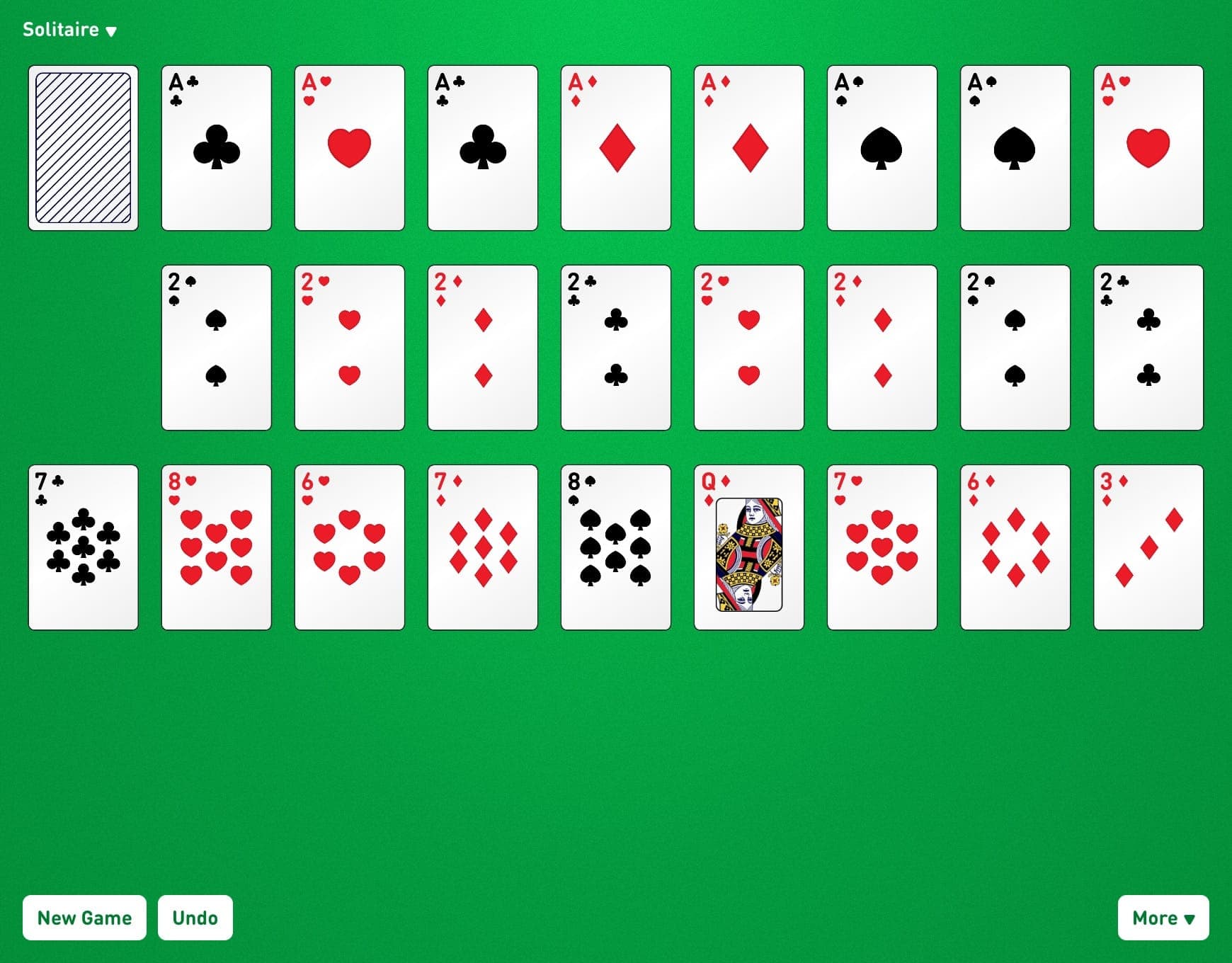 Build in twos such that the odds and evens are in distinct sequences on the tableau and piles on the foundation.

When the game is won, the tableau is expected to be dealt in the shape of Mount Olympus, with Kings and Queens on top. The game is quite simple, with a 97% chance of winning. It is played with two decks, and your odds of victory are primarily determined by your skill and luck.

How to play Mount Olympus

Evens foundations (under Odds) - start with Twos and work your way up in suit by twos. (Two, four, six, eight, ten, and queen.) The Twos are dealt here at the start of the game.

9 tableau piles (under Evens) - the top card can be played on the foundations. Build the suit in twos. Cards in sequence down in suit by twos may be moved as a group. Spaces are filled from the stock; if the stock is empty, any card may occupy the spot. At the start of the game, each pile is dealt one card face up.

Stock (left, face down) - Clicks to deal one card to each tableau pile.

Foundation A has eight piles, and each foundation is given an ace at the start. A pile. A card can be layered on top of a foundation. A pile if it is two higher than the pile's previous top card and of the same suit. As a result, the only card that could be played on an 8 of diamonds is a 10 of diamonds. There can be no more than 7 cards in a pile.

Foundation B has eight piles, and each foundation B pile is assigned a two at the start. A card may be added to a foundation B pile if it is two higher and of the same suit as the original top card of the pile. As a result, the only card that could be played on a Q of diamonds is an A of diamonds. No pile may have more than six cards.

Splayed downhill, nine tableau piles of one card each. Every card is dealt face up.

A card may be added to a tableau pile if it is two lower and of the same suit as the original top card of the pile. As a result, the only card that could be played on a Q of clubs would be a 10.

Empty tableau spots are immediately filled with a card from the stock. If the stock is empty, any card may be used to fill the tableau's empty places.

If all cards are of the same suit, groups of cards in succession down by two can be transferred from one tableau column to another.

When you click on the stock, a card is dealt to the top of each tableau pile.