Canfield is a free online game. A game with a lot of features and amazing gameplay. 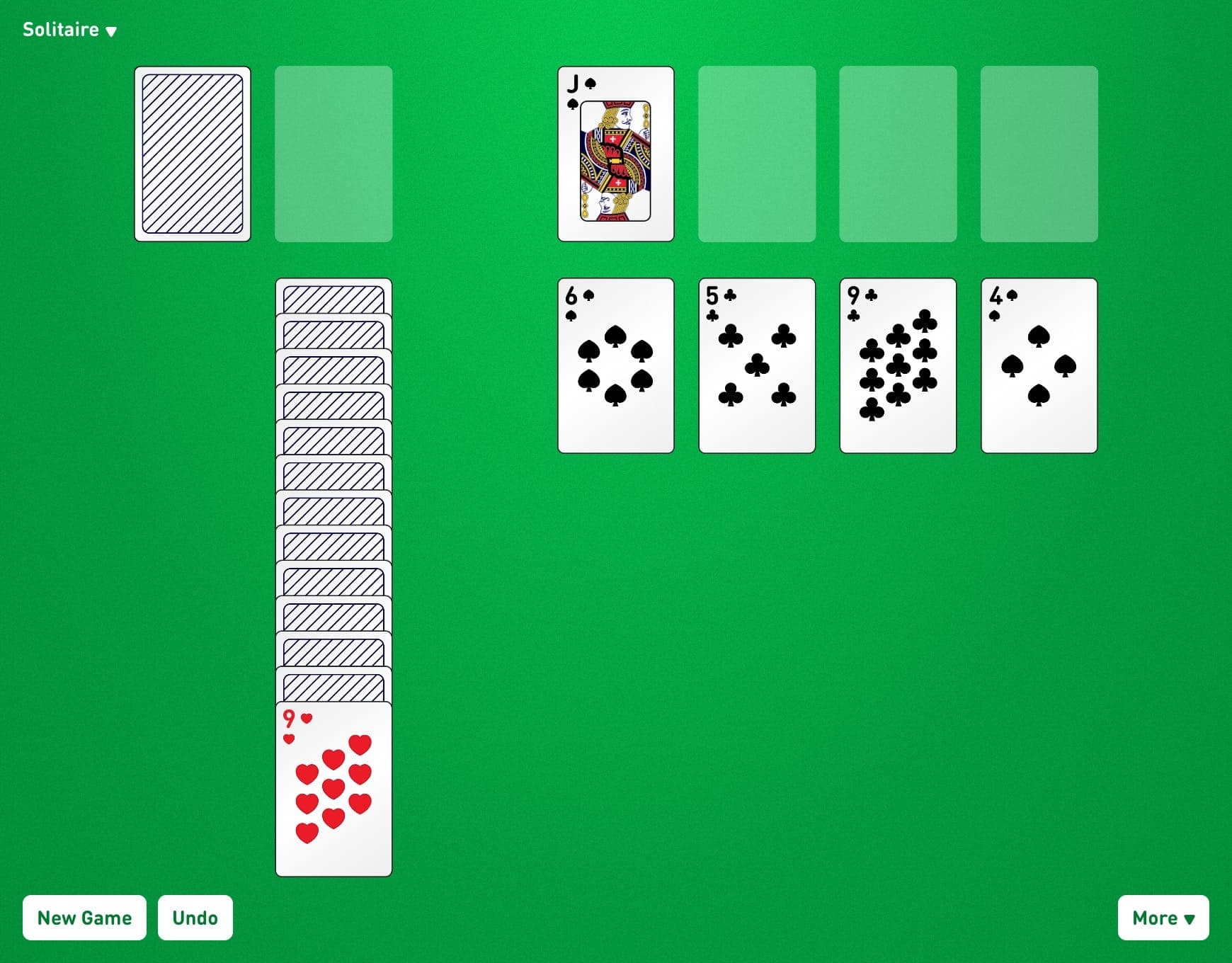 According to legend, Richard Canfield, the owner of a magnificent casino in Saratoga Springs, New York, invented Canfield in the 1890s. Players would purchase a deck for $50 and receive $5 for each card played to the foundation.

This claim has been called into doubt because, while the game is tough to win, it isn't so difficult that a skilled player couldn't have bankrupted Mr. Canfield. Some claim that the game played at Canfield's casino was the now-famous Klondike.

In any case, you should consider yourself a winner if you can remove more than 10 cards.

In the United Kingdom, this game is known as "Demon." The game is medium in difficulty and has a 35 percent chance of winning. It is played with a single deck, and your odds of victory are primarily determined by your talent.

How to play Canfield

4 tableau piles (below foundations) - alternate color build down. If groups of cards are in sequence, move them down by alternate color. If feasible, spaces are supplied from the reserve, otherwise by any card. At the start of the game, each pile is dealt one card.

Stock (upper left, face down) - click to flip over 1 or 3 cards at a time. Redeals are unlimited.

Top card is always accessible for play on the tableau or foundations (next to stock).

Reserve (to the left of the tableau) - The top card is always ready for use on the tableau or the foundations. 13 cards are dealt here at the start of the game.

A card may be added to a foundation pile if it is one higher than the pile's previous top card and is of the same suit. As a result, the only card that might be played on a 6 of clubs is a 7 of clubs.

There is one reserve deck, which originally contains thirteen cards. The top card in the pile is dealt face up, while the remaining cards are dealt face down. There are no cards that may be moved into the reserve. The reserve's top card might be played to the tableau or the foundation.

Splayed downward, four tableau piles of one card each. Every card is dealt face up.

A card may be added to a tableau pile if it is one lower than the pile's previous top card and is of the opposing color. As a result, the cards that might be played on the 5 of hearts are 4 of spades or 4 of clubs.

Empty tableau spots are instantly filled with a card from the reserve. If the reserve is empty, any card can occupy any vacant place in the tableau.