Triple Canfield is a free online game. A game with a lot of features and amazing gameplay. 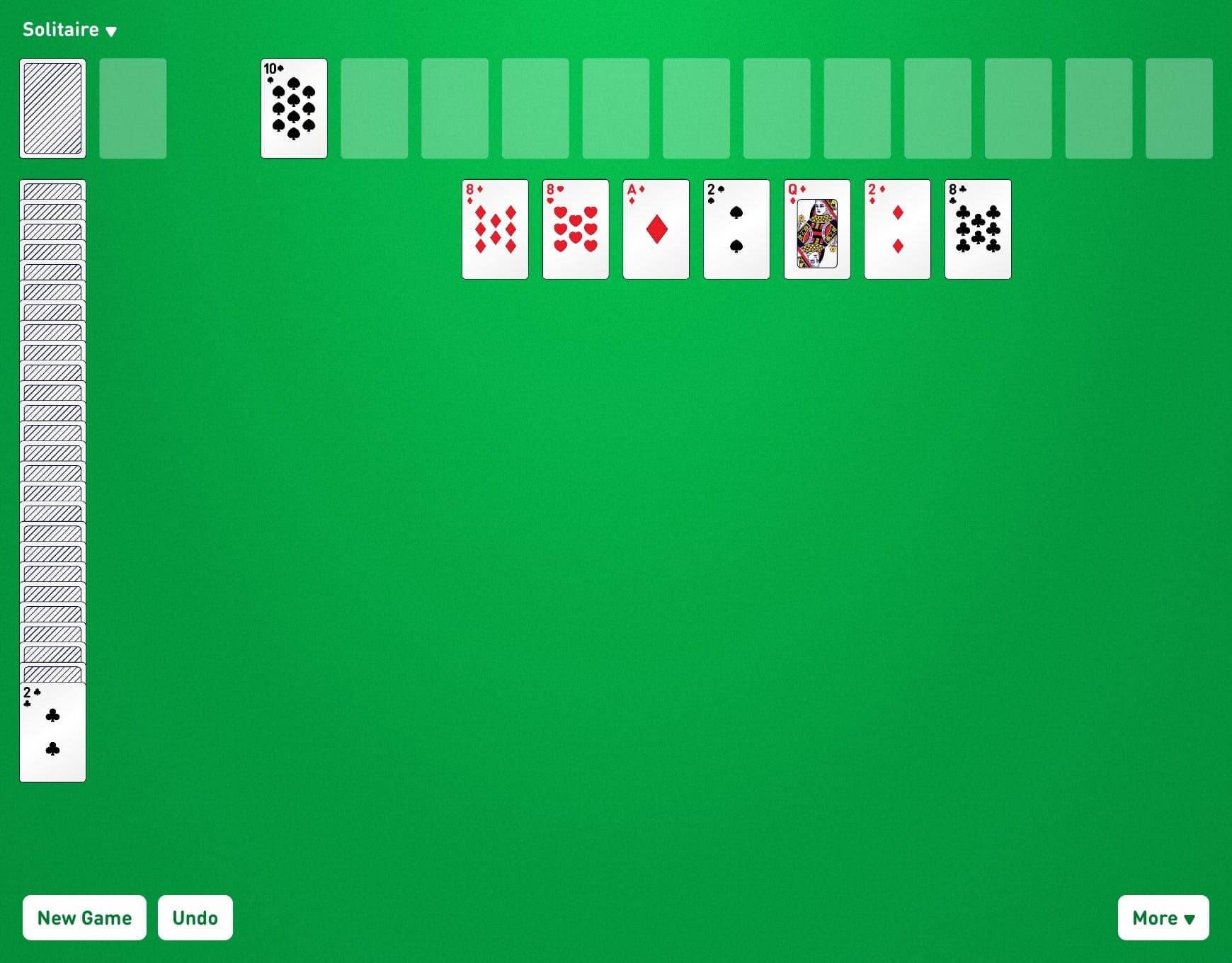 A simple three-deck variation of Canfield developed by Thomas Warfield, with fewer tableau piles and a lower reserve than Three Demons. The game is simple, with a 99% chance of winning. It's played with three decks, and your odds of victory are primarily determined by skill and luck.

How to play Triple Canfield

12 foundation piles (across the top) - construct in suit from the rank of the first card dealt to the first pile, wrapping from King to Ace as needed, until each pile has 13 cards.

7 tableau piles (below foundations on right) - alternate color build down. If groups of cards are in sequence, move them down by alternate color. If feasible, spaces are supplied from the reserve, otherwise by any card. At the start of the game, each pile is dealt one card.

Stock (left below foundations, face down) - click to flip over three cards to the garbage at a time. Redeals are unlimited.

Reserve (to the left of the tableau, next to Waste) - The top card is always ready for use on the foundations or the tableau. At the start of the game, there are 26 cards dealt here.

A card may be added to a foundation pile if it is one higher than the pile's previous top card and is of the same suit. As a result, the only card that might be played on a 6 of clubs is a 7 of clubs. There can be no more than 13 cards in a pile.

There is just one reserve, which originally contains twenty-six cards. The top card in the pile is dealt face up, while the remaining cards are dealt face down. There are no cards that may be moved into the reserve. The reserve's top card might be played to the tableau or the foundation.

Splayed downhill, seven tableau piles of one card each. Every card is dealt face up.

A card may be added to a tableau pile if it is one lower than the pile's previous top card and is of the opposing color. As a result, the cards that may be played on the 4 of spades would be three of hearts or three of diamonds.

Empty tableau spots are instantly filled with a card from the reserve. If the reserve is empty, any card can occupy any vacant place in the tableau.