Play Alexander the Great for free online. A game with a lot of features and amazing gameplay. 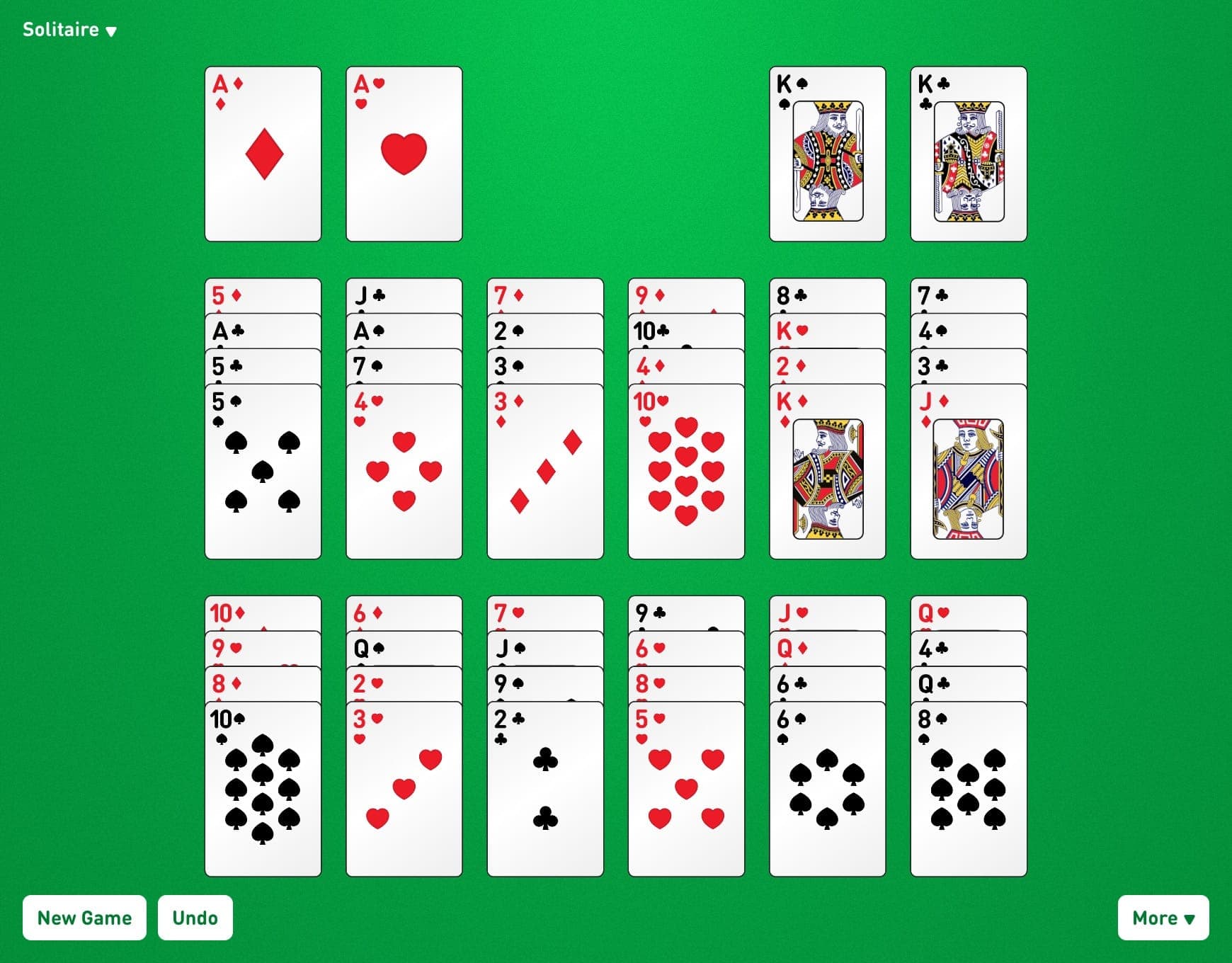 Clover Leaf, a more difficult variant by Thomas Warfield. This is similar to Clover Leaf, however there are fewer fans, each of which contains more cards. The game is medium in difficulty, with a 15% chance of winning. It is played with a single deck, and your odds of victory are primarily determined by your talent.

If you enjoy Alexander the Great, you should play Klondike Solitaire, a traditional solitaire card game.

How to play Alexander the Great

Build the Aces up in suit to King and the Kings down in suit to Ace using four foundation piles (on the left). Two Aces of one color and two Kings of the opposing color are dealt here at the start of the game.

12 fans (to the right of the foundations) - build up or down according to suit. The top card can be played on the foundations or another fan. Only one card can be moved at a time. Only Aces and Kings may fill spaces. At the start of the game, each pile is given four cards.

The black foundation is divided into two piles. Each pile is dealt a black king. A card may be added to a black foundation pile if it is one lower than the old top card of the pile and of the same suit. As a result, the only card that could be played on a 10 of hearts is a 9 of hearts.

Splayed downward, twelve fan piles of four cards each. Every card is dealt face up.

A card may be added to a fan pile if it is one higher or one lower than the pile's previous top card and is of the same suit. As a result, the cards that might be played on the 4 of diamonds are 3 of diamonds or 5 of diamonds.

Only aces and kings may fill empty places in the fan.