Linus is a free online game. A game with a lot of features and amazing gameplay. 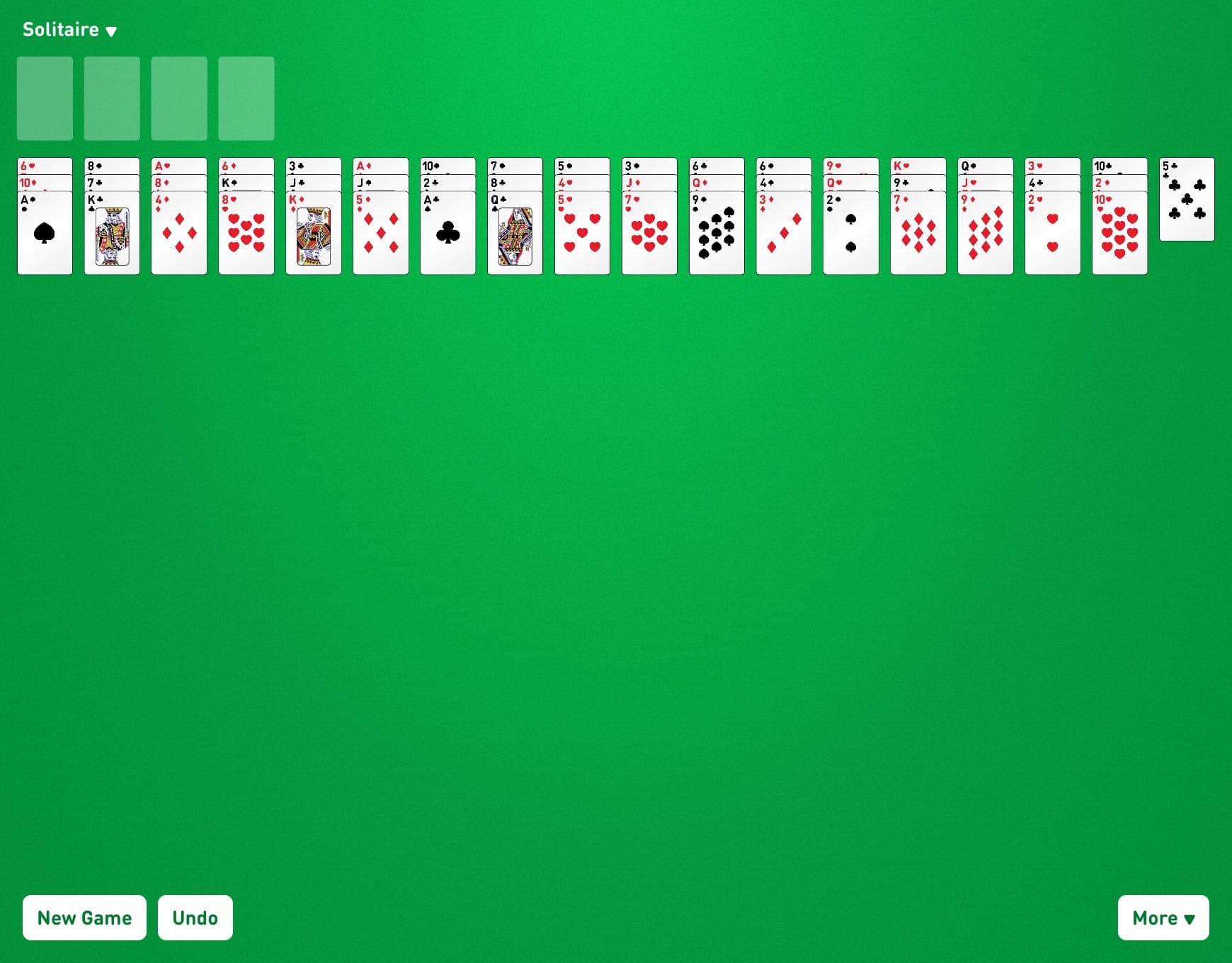 An simpler version of La Belle Lucie in which you create in alternate colors. The game is medium in difficulty, with a 50% chance of winning. It is played with a single deck, and your odds of victory are primarily determined by your talent.

Other solitaire games comparable to this one include La Belle Lucie, Three Shuffles, and a Draw and Fan.

If you enjoy Linus, you should try Klondike Solitaire, a traditional solitaire card game.

How to play Linus

18 fans (below foundations) - alternate color construction. Only one card can be moved at a time. There are no empty spaces. At the start of the game, each pile is given three cards face up (except for the last pile, which just has 1 card).

(top left, no cards) Stock There are two possible outcomes. Redeal by clicking on the green arrow in the top left corner once all available plays have been made. The supporters' cards are all reshuffled. The foundations are still there. There are two redeals.

A card may be added to a tableau pile if it is one lower than the pile's previous top card and is of the opposing color. As a result, the cards that may be played on the 6 of hearts are the 5 of spades or the 5 of clubs.