Play Lasker for free online. A game with a lot of features and amazing gameplay. 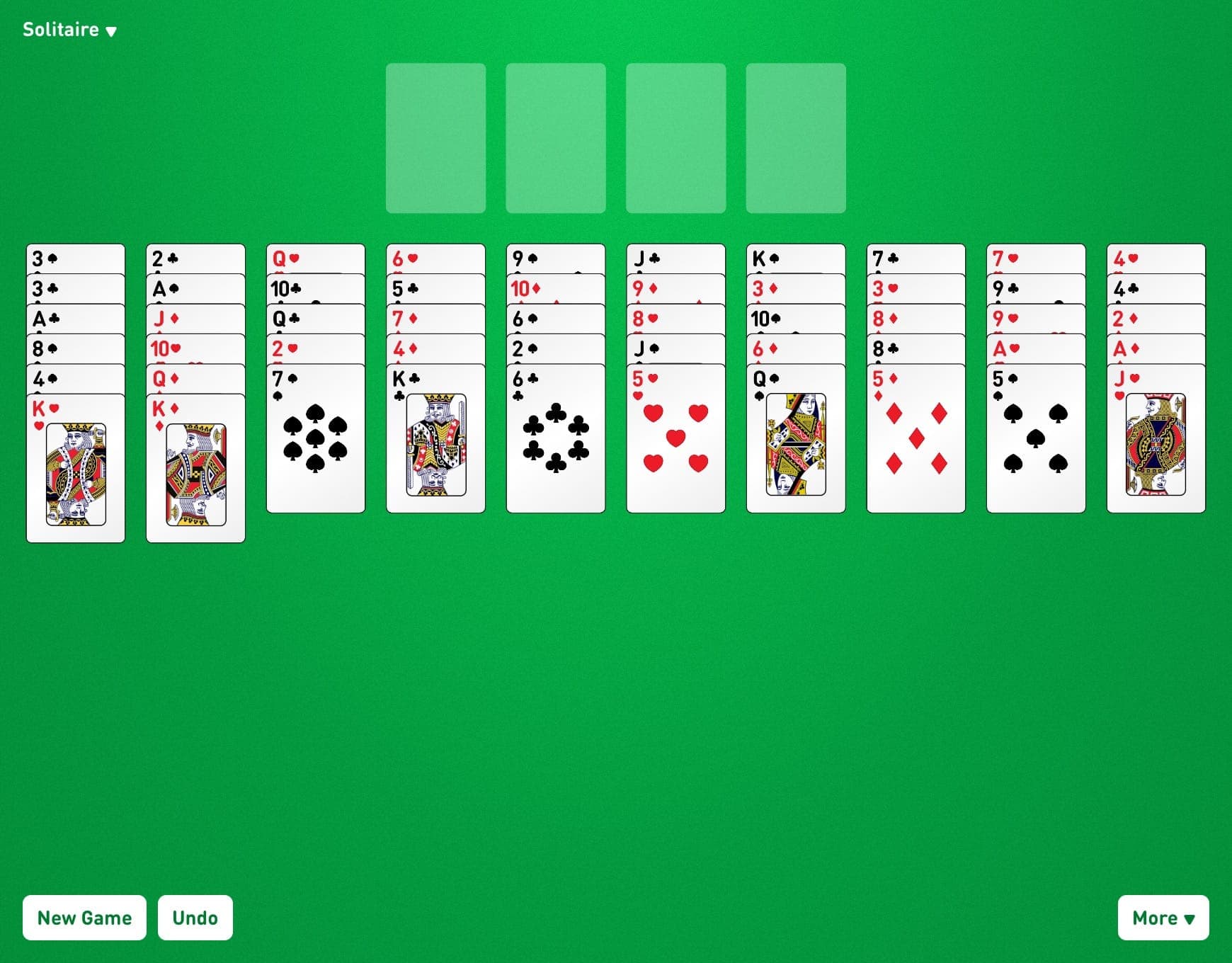 A Chessboard variant in which sequences can be moved. The game is medium in difficulty, with a 40% chance of winning. It is played with a single deck, and your odds of victory are primarily determined by your talent.

The game resembles popular solitaire games such as Chessboard and Fortress.

If you enjoy Lasker, you should try Spider Solitaire, a traditional solitaire card game.

We are constantly modifying our website in response to customer input. Please contact us if you have any comments or questions.

How to play Lasker

4 foundation piles (top) - build up in suit from the rank of the first card added to the first pile, wrapping from King to Ace if needed, until each pile holds 13 cards.

10 tableau piles (below the foundations) that may be built up or down by suit. If sets of cards are in succession, move them up or down by suit. Any available card may be used to fill any open space. At the start of the game, the top two piles are dealt six cards apiece, while the remaining piles are handed five cards each.

Any card may be the first to be moved to an empty foundation pile. This card's rank then becomes the base value for all foundation piles, allowing only cards of the same rank to be played there.

A card may be added to a foundation pile if it is one higher than the pile's previous top card and is of the same suit. As a result, the only card that might be played on a 3 of spades is a 4 of spades.

Ten tableau piles of cards, the first two with six cards each and the last eight with five cards each. Every card is dealt face up.

A card may be added to a tableau pile if it is one higher or one lower than the pile's previous top card and is of the same suit. As a result, the cards that may be played on the 10 of diamonds are the 9 of diamonds or the J of diamonds. You can also play the maximum card on the tableau's foundation card.

If all cards are of the same suit, groups of cards in succession up or down may be changed from one tableau column to another.