Crescent is a free online game. A game with a lot of features and amazing gameplay. 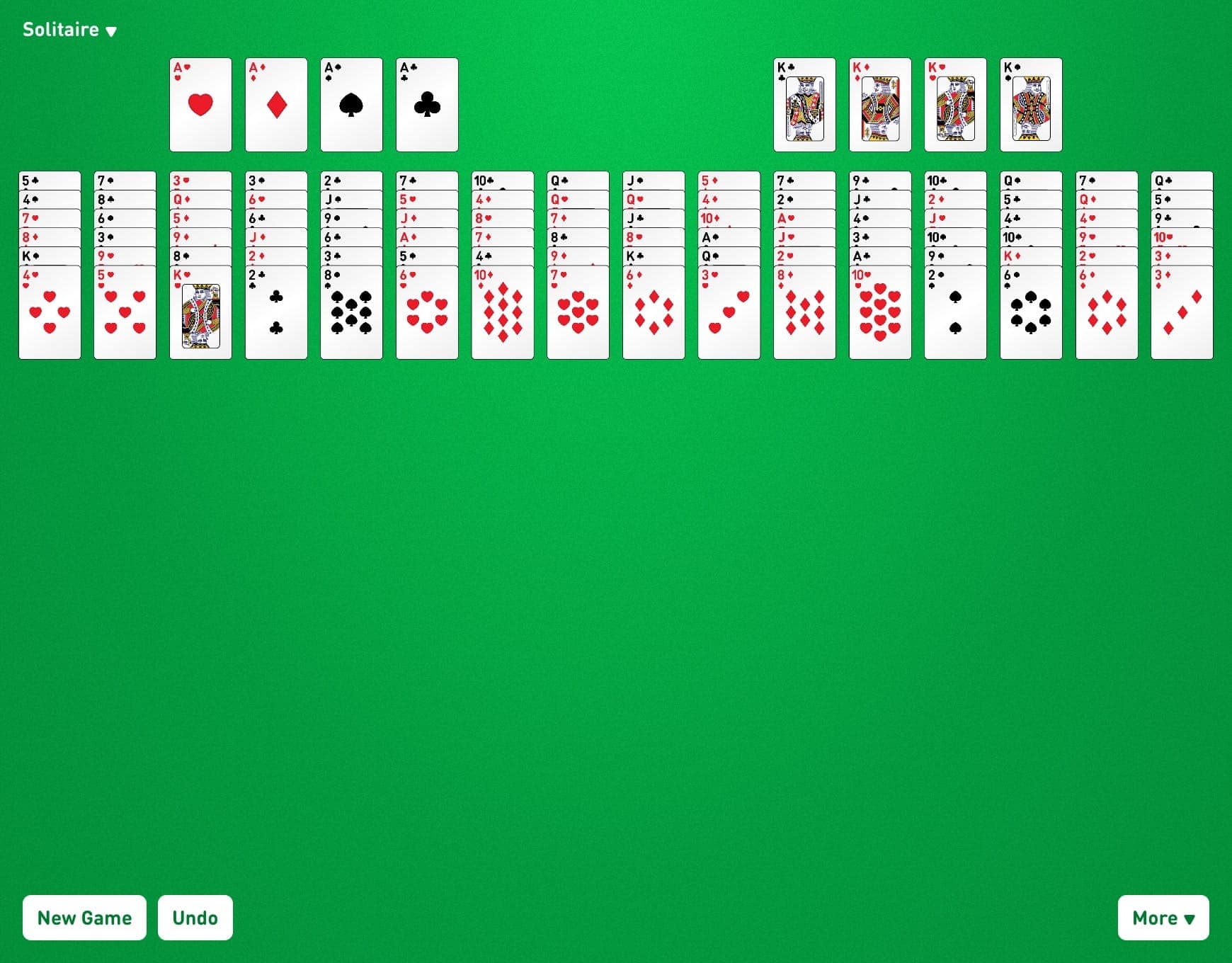 A bidirectional building game in which you can rotate the stacks of cards three times. The game is difficult, with a 20% chance of winning. It's played with two decks, and your odds of victory are mainly determined by chance.

How to play Crescent

8 foundation piles (left and right) - build up in suit from Ace to King on the left piles, build down in suit from King to Ace on the right piles. Cards may be shifted from one pile to the other when the two piles of a suit meet. Each pile is dealt an Ace and King of each suit at the start of the game.

16 tableau piles (middle) - construct up or down by suit, wrapping as needed from Ace to King or King to Ace. Only one card can be moved at a time. No gaps may be filled. At the start of the game, each pile is dealt 6 cards face up.

3 redeals in stock (top left). A redeal advances the bottom card from each pile to the top of the pile. All other cards remain in their original sequence.

The aces foundation is divided into four piles, with an ace handed to each pile at the start. A card may be added to an aces foundation pile if it is one higher than the pile's previous top card and is of the same suit. As a result, the only card that could be played on a 10 of hearts is a J of hearts. There can be no more than 13 cards in a pile.

The kings foundation consists of four piles. Each pile is dealt a king. A card may be added to a kings foundation pile if it is one lower than the old top card of the pile and of the same suit. As a result, the only card that could be played on a 6 of clubs is a 5 of clubs. There can be no more than 13 cards in a pile.

Cards may be removed from any foundation.

Splayed downhill, sixteen tableau piles of six cards each. Every card is dealt face up.

A card from another tableau pile may be added to a tableau pile if it is one higher or one lower than the pile's previous top card and is of the same suit. As a result, the cards that might be played on the 8 of hearts are the 7 of hearts or the 9 of hearts. The foundation cards may not be transferred to the tableau. In the tableau, you may also play kings on aces.