Play Chinese Klondike for free online. A game with a lot of features and amazing gameplay. 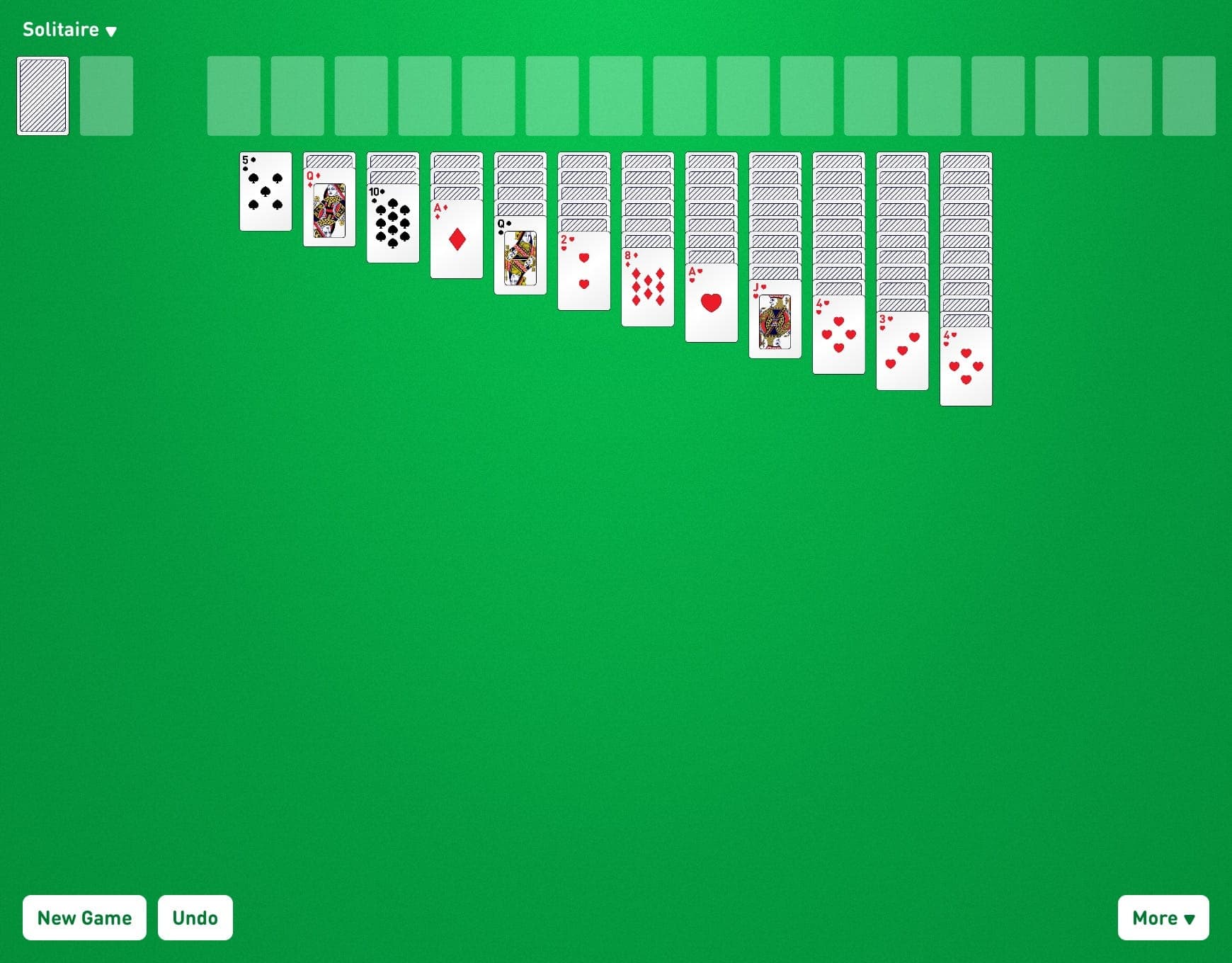 Klondike as a three-suiter. The game consists of four customized decks and has a 90% chance of winning. It's played with four modified decks (no clubs), and your odds of victory are primarily determined by skill and luck.

Other solitaire games comparable to this one include Klondike Solitaire, Chinese FreeCell, and Chinese Trigon.

How to play Chinese Klondike

12 foundation piles (top) - build up from Ace to King in suit.

12 tableau piles (beneath the foundations) - built down by any suit except the same. Move groupings of cards down by any suit except the same if they are in succession. Fill in the blanks with Kings or sets of cards, each with a King at the bottom. (For an alternative, see KingOnly.) To begin the game, one card is dealt to the first pile, two cards to the second, and so on. The top card is shown.

Stock (bottom left, face down) - click to flip over 1 or 3 cards (see rules below) at a time. Redeals are unlimited.

A card may be added to a foundation pile if it is one higher than the pile's previous top card and is of the same suit. As a result, the only card that could be played on a 10 of hearts is a J of hearts. There can be no more than 13 cards in a pile.

There are twelve tableau piles, with one card in the first pile, two cards in the second, three cards in the third, and so on. The top card in each pile is dealt face up, while the remaining cards are dealt face down.

A card may be added to a tableau pile if it is one lower than the pile's previous top card and is of a different suit. As a result, the cards that may be played on the 6 of diamonds would be the 5 of spades or the 5 of hearts.

If no two consecutive cards are of the same color, groups of cards in series down may be transferred from one tableau column to another.