Play British Canister for free online. A game with a lot of features and amazing gameplay. 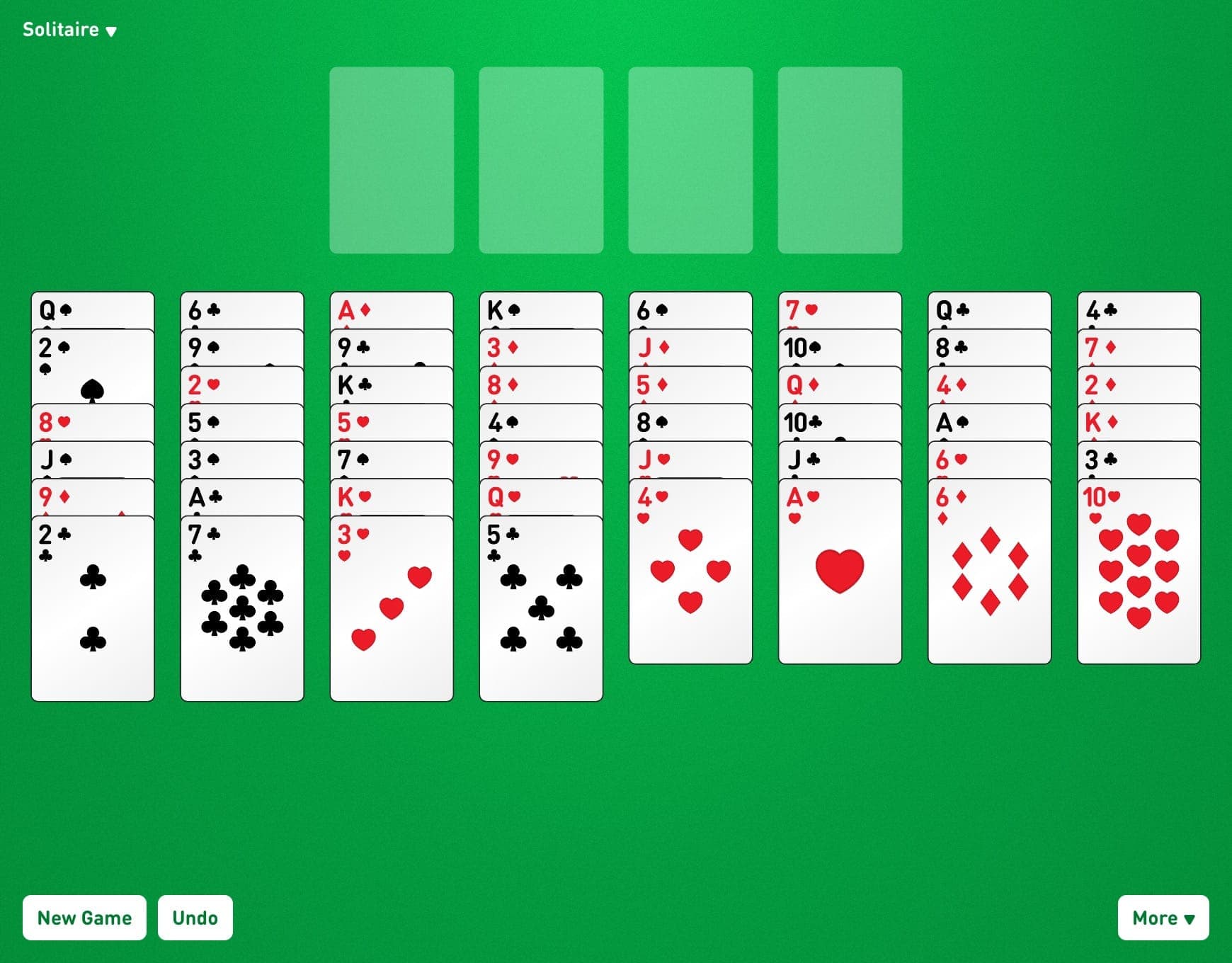 Canister is a challenging variation from the 1890s. It is similar to American [Canister](/canister-solitaire) except that it does not allow stack movements and only kings may occupy spaces.

This is sometimes simply referred to as a "Canister." The game is difficult, with a 10% chance of winning. It is played with a single deck, and your odds of victory are primarily determined by your talent.

How to play British Canister

8 tableau piles (below foundations) - alternate color build down. Each pile's top card may only be moved. Only a King may occupy a space. At the start of the game, the top four piles receive seven cards, while the final four piles receive six cards.

A card may be added to a foundation pile if it is one higher than the pile's previous top card and is of the same suit. As a result, the only card that might be played on a 9 of clubs is a 10 of clubs.

A card may be added to a tableau pile if it is one lower than the pile's previous top card and is of the opposing color. As a result, the cards that might be played on the J of spades are 10 of hearts or 10 of diamonds.