Agnes Bernauer is a free online game. A game with a lot of features and amazing gameplay. 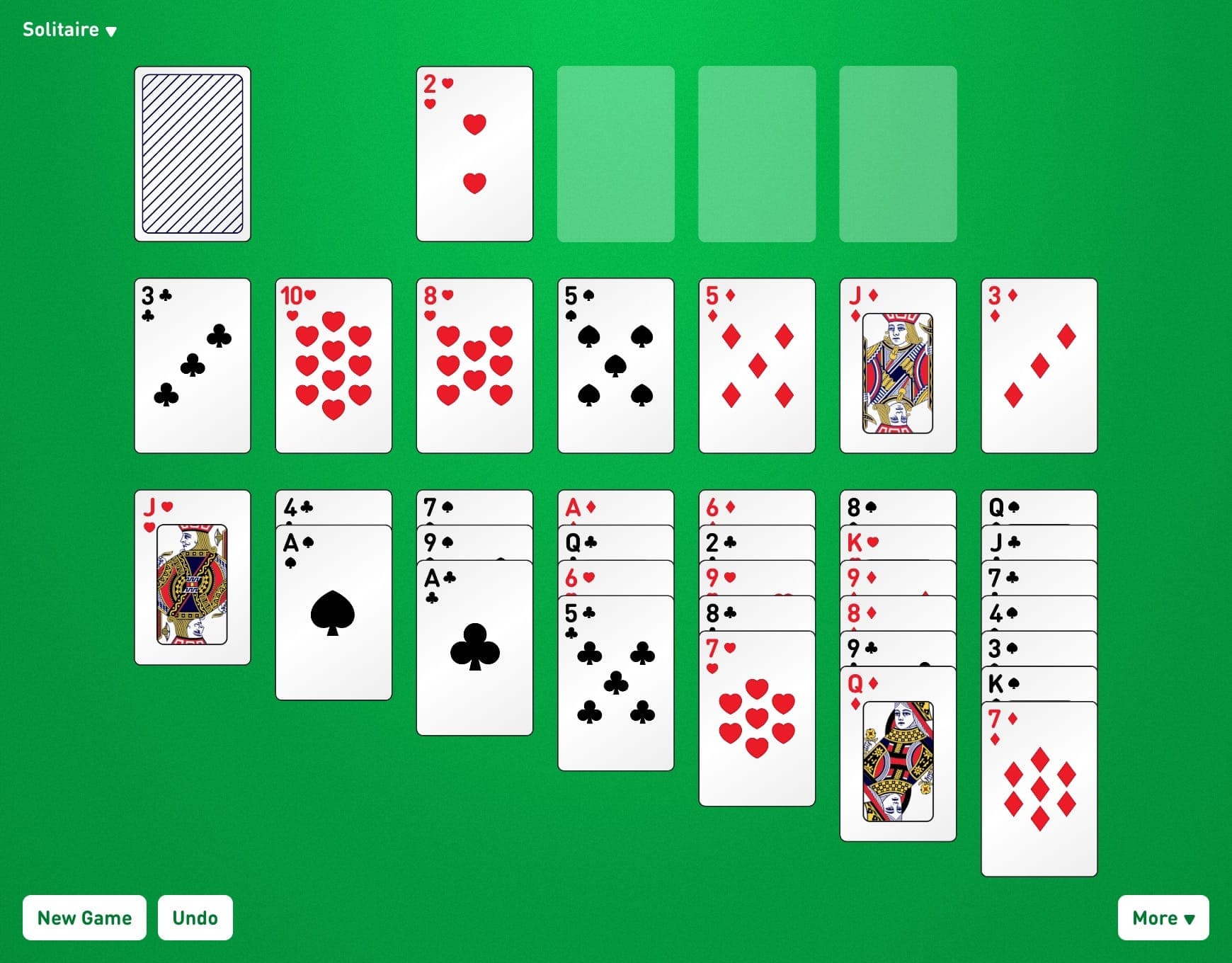 There are two Klondike versions, both of which have been dubbed "Agnes." To separate them, David Parlett gave them last names. They were all named after royal mistresses. With seven reserve piles, this one is quite simple. The game is medium in difficulty, with a 50% chance of winning. It is played with a single deck, and your odds of victory are primarily determined by your talent.

How to play Agnes Bernauer

7 tableau piles (below foundations) - alternate color build down. If groups of cards are in sequence, move them down by alternate color. A card or lawful group of cards lead by a card one rank below the foundation base card fills the spaces. At the start of the game, one card is dealt to the first pile, two cards to the second, and up to seven cards to the seventh pile.

Deals (upper left, face down) - Stock By clicking, you can add one card to each reserve pile. There are no redeals.

7 reserve piles (bottom) - the top card can be played on the tableau or foundations. There is no structure.

A card may be added to a foundation pile if it is one higher than the pile's previous top card and is of the same suit. As a result, the only card that could be played on a 3 of hearts is a 4 of hearts.

There are seven reserves, each with one card at first. There are no cards that can be moved into the reserves. Each reserve's top card can be played to the tableau or the foundation.

There are seven tableau piles, with one card in the first, two in the second, three in the third, and so on. Every card is dealt face up.

A card may be added to a tableau pile if it is one lower than the pile's previous top card and is of the opposing color. Thus, the cards that might be played on the ten of clubs are nine of hearts or nine of diamonds.

Only high cards may be used to replace empty places in the tableau.

When you click the stock, a card is dealt on top of each reserve pile.