Little Billie is a free online game. A game with a lot of features and amazing gameplay. 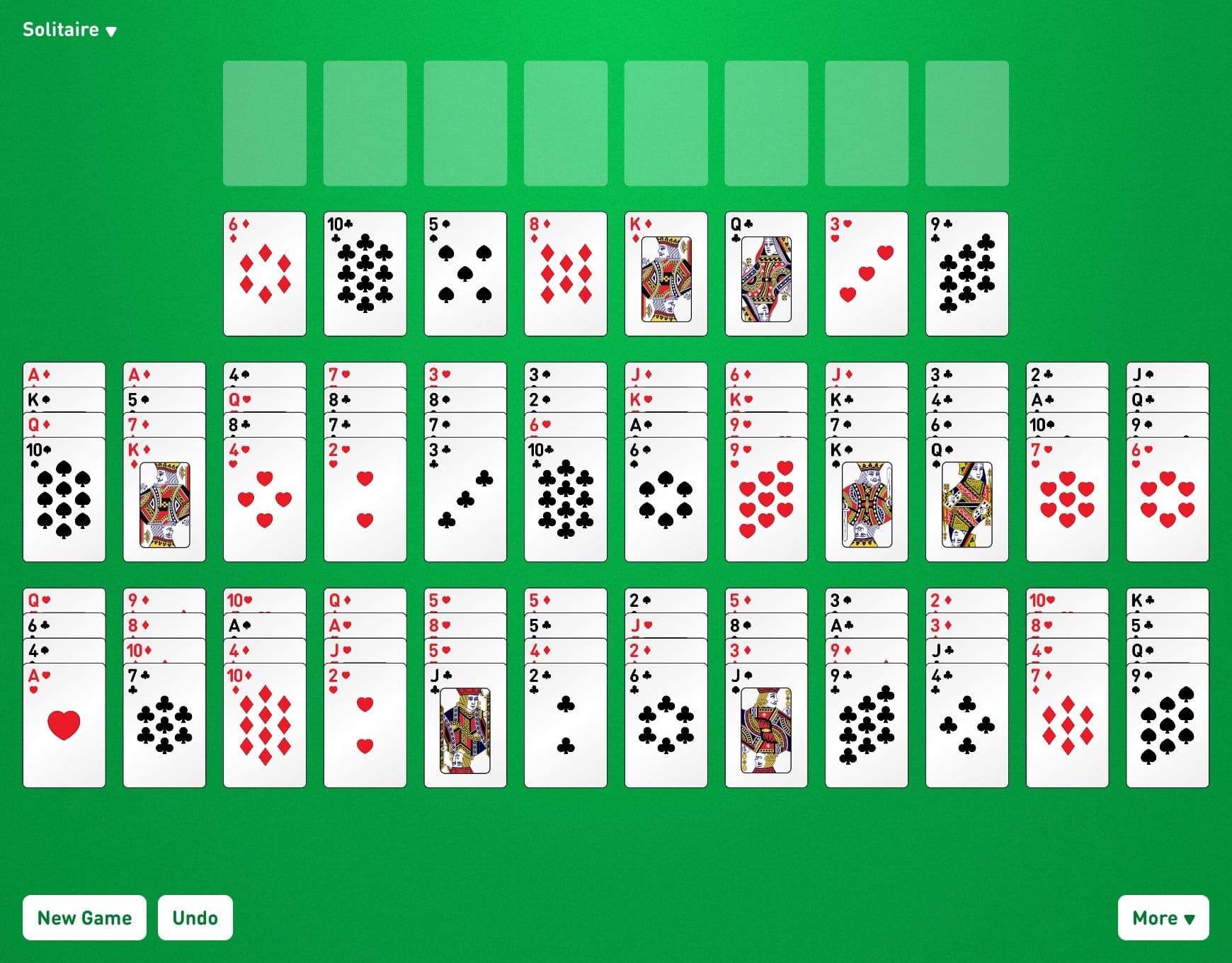 There is no building permitted in this game from approximately 1900, but you do have certain cells that can be utilized to reveal the cards you need. There are two redeals available. The game is simple, with a 95% chance of winning. It is played with two decks, and your odds of victory are primarily determined by your talent.

The game is comparable to others such as and Buffalo Bill.

How to play Little Billie

24 Fans (below foundations) - the top card can be played on the foundations or reserves. There will be no construction on the fans. At the start of the game, each pile is given four cards.

8 reserve piles (bottom) - each pile may retain one fan card. Reserve cards may be played to the foundations (but not to the fans). At the start of the game, each pile is dealt one card.

(top left, no cards) Stock There are two possible outcomes. Redeal by clicking on the green arrow in the top left corner once all available plays have been made. The supporters' cards are all reshuffled. The foundations are still there. There are two redeals.

The aces foundation is made up of four piles, and each ace can be transferred to any of the piles. Each pile must begin with a different suit. A card may be added to an aces foundation pile if it is one higher and of the same suit as the former top card of the pile. As a result, the only card that might be played on a 5 of clubs is a 6 of clubs. There can be no more than 13 cards in a pile.

The kings foundation is divided into four piles, and each king can be transferred to any of the piles. Each pile must begin with a distinct suit. A card may be added to a king's foundation pile if it is one lower than the pile's previous top card and is of the same suit. As a result, the only card that might be played on a 9 of spades is an 8 of spades. There can be no more than 13 cards in a pile.

24 fan piles of four cards each, spread downward Every card is dealt face up.

On the fan, no construction is authorized.

Cards on the fan that are not covered by another card can be played onto the foundation or an empty cell.

It is possible that empty spots in the fan will not be filled.

Technically, only one card may be moved at a time, however enabling supermoves allows you to move sequences when there is enough empty reserve to achieve the same result with a sequence of single card movements.

There are eight reserves, each of which includes one card at first.

Each reserve can only have one card. Any available card can be used to play into any reserve. Reserve cards can be played back to the fan or the foundation.