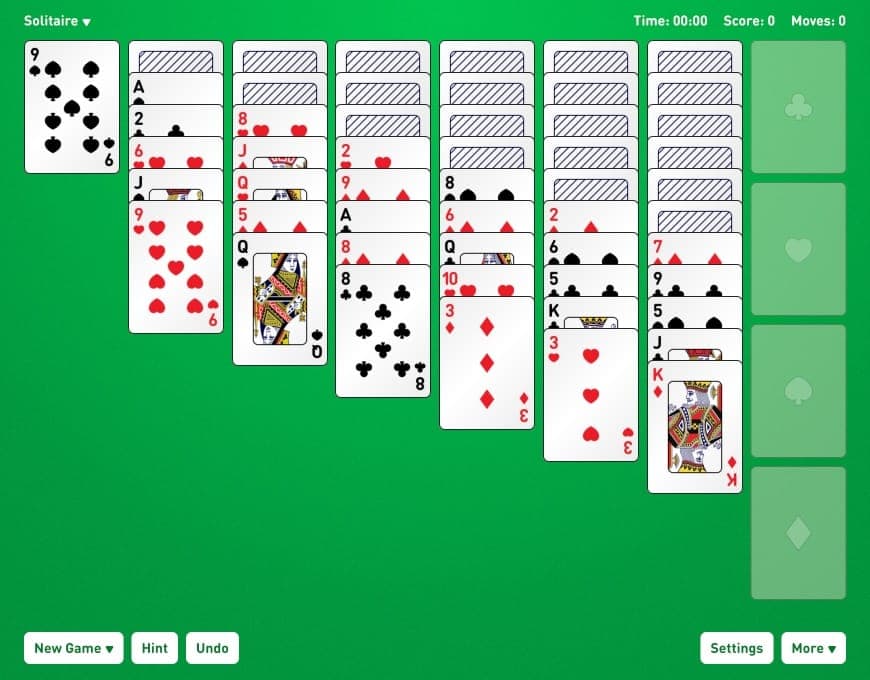 Play Russian Solitaire online for free. We hope you'll like our version of Russian Solitaire, also known as Derek and Mother's Solitaire. You can play either online or ⬇️download the game for Windows™, Mac™, Linux™, iOS, and Android.

The game features unlimited undo's and hints. You can toggle sound, set the game to move cards automatically, and a lot more under settings. If you don't know the rules, we've summed them up in our 📜rules of Russian Solitaire section. You can also create an embeddable version of the game by using our 📋widget generator.

We hope you'll like our game. If you do, try out one of our many other classic solitaire games like Spider and FreeCell. And don't forget to leave a like or share the game:

Russian Solitaire is played with a single deck. The layout consists of 7 tableau piles, numbered 1 to 7. The first pile has a single card turned face up. The second tableau has 6 cards, with the last 5 cards facing up. The remaining 5 tableaus each have 1 extra card, with each tableau having 5 cards facing up.